Rouhani discusses current situation in Karabakh with his Russian counterpart 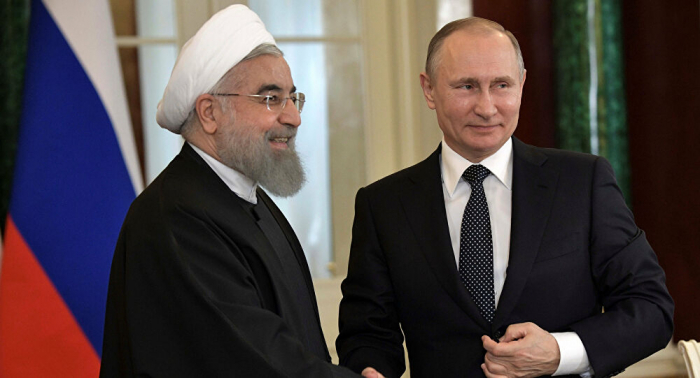 Russian President Vladimir Putin and Iranian leader Hassan Rouhani held a telephone conversation, during which they discussed the agreements reached in Moscow on the situation in Nagorno-Karabakh, the Kremlin press service reported.

"At the initiative of the Iranian side, a telephone conversation took place between Russian President Vladimir Putin and President of the Islamic Republic of Iran Hassan Rouhani ... A thorough exchange of views on the situation in the zone of the Nagorno-Karabakh conflict took place," RIA Novosti reported.

At the same time, Rouhani expressed support to Putin in connection with the decision on a ceasefire in Karabakh, adopted following the results of trilateral talks between the Foreign Ministers of Russia, Azerbaijan and Armenia Sergei Lavrov, Zohrab Mnatsakanyan and Jeyhun Bayramov.

In addition, the parties discussed the fight against coronavirus infection COVID-19 and the prospects for cooperation on the Russian Sputnik V vaccine.

At 12:00 (11:00 Moscow time) local time, a ceasefire came into force in Nagorno-Karabakh "for humanitarian purposes for the exchange of prisoners of war and other detained persons and bodies of the dead.