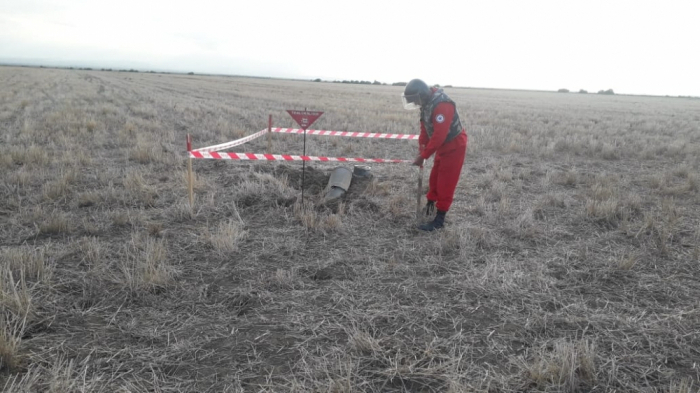 During operations, a 9M525 rocket with a bomb shelled by Armenian armed forces was found.

ANAMA stated that 72 rocket-propelled grenades 9N235 were found inside the rocket. These bombs belong to the class of ammunition banned under the Convention on Cluster Munitions (CCM).

Besides, TOCHKA-U tactical missile (9M79M) fired by the Armenian armed forces was found during search operations in Ahmadalilar village of Fuzuli region. 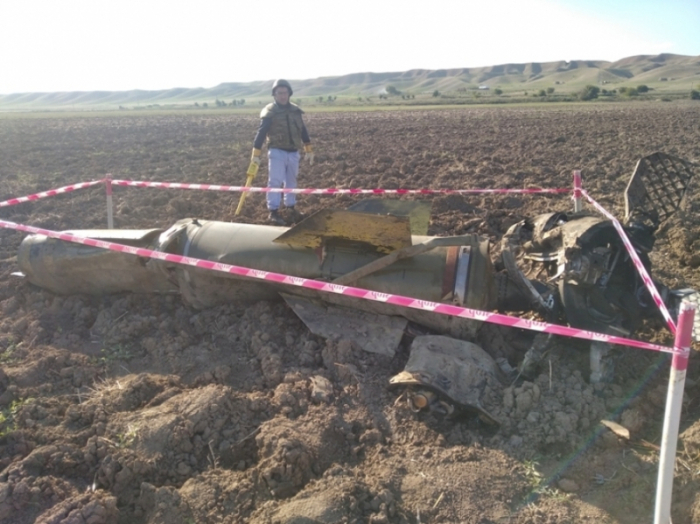 Information on shooting down of Azerbaijan's UAV is false - Azerbaijan MoD