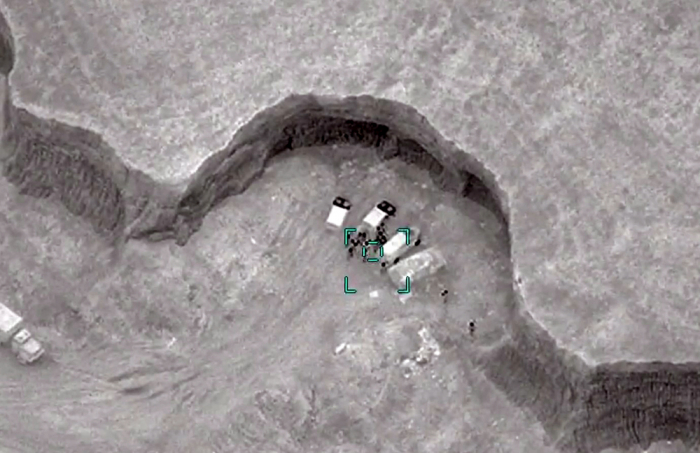 On the night from 10 to 11 of October, the situation along the entire front was stably tense.

The units of the Armenian armed forces, which did not comply with the humanitarian truce, have concentrated their forces and military equipment and again attempted to attack in small groups in the Hadrut and Jabrayil directions in order to regain their lost positions. All enemy attempts to attack at night were suppressed by fire.

As a result of the actions of the Azerbaijan Army, a large number of enemy manpower, as well as five T-72 tanks, six D-20 and D-30 howitzers, five trucks with ammunition, eleven vehicles, three MLRS BM-21 "Grad", five self-propelled howitzers 2S1 "Gvozdika", eight air defense systems and a radar station were destroyed and disabled in various directions of the front.

According to the information received, as a result of combat operations, the main and reserve forces of the Armenian army in the occupied territories suffered serious damage, ammunition and fuel are used up. The Armenian military command is in psychological stress, and the military personnel is under fear. The confidence of the Armenian soldiers in the commanders has been lost.

Servicemen of the 1st, 5th, and 9th motorized rifle regiments are willfully leaving their combat positions on a mass scale. The military police are strengthless to enforce these soldiers to return to the trenches.

According to the information, the deputy commander of the 1st motorized rifle regiment, Lieutenant Colonel Artak Vanyan is also among the numerous casualties in the enemy army.
Currently, the troops of the Azerbaijan Army have an operational advantage along the entire length of the front.