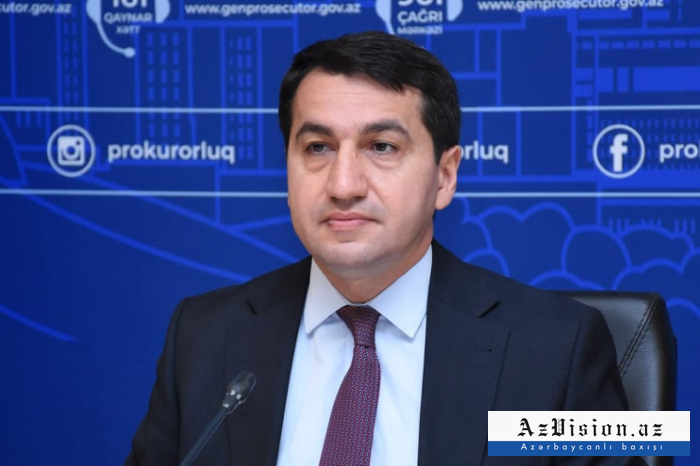 Policy of vandalism and barbarism of Armenia against Azerbaijani civilian population continues, Hikmet Hajiyev, Assistant to the President of Azerbaijan, Head of Foreign Policy Affairs Department of the Presidential Administration, tweeted Sunday.

“It is an act of genocide against Azerbaijani people we have witnessed since Khojaly genocide,” Hajiyev wrote.

On October 11, 2020 around 02 a.m, a multi-apartment building in Ganja city, the second largest city of Azerbaijan which is located far from the war zone, was subject to heavy shelling by the Armenian Armed Forces. As a result, at least 8 people were killed, 28 were injured and numerous civil infrastructure facilities were significantly damaged.