Night shelling of Ganja is an act of genocide of the Azerbaijani people - Yuri Bocharov, EXCLUSIVE 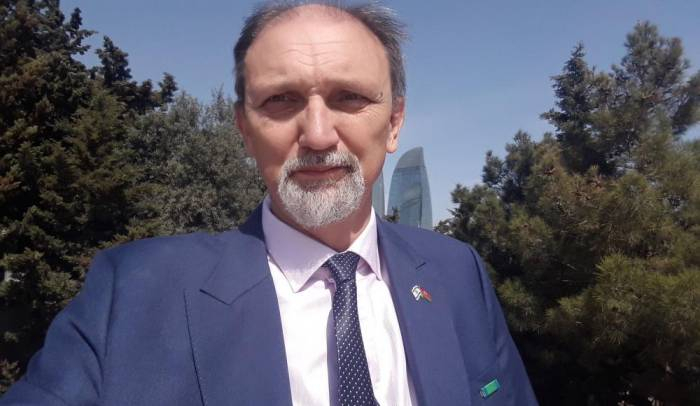 “This night Ganja was subjected to rocket fire. Destroyed residential buildings, once again killed civilians, and the world community gives only flamboyant and rhetorical condemnations without talking about Armenian aggression at all and just calls for negotiations. But is it worth to hold negotiations with a side that has already ignored them for thirty years, and only interrupts and distorts the facts, continuing its dirty deeds?” Israeli political scientist Yuri Bocharov told AzVision.az

"There is no point in condemning once again the aggression and policy of vandalism and barbarism of Armenia against the peaceful population of Azerbaijan. Only words don’t solve anything today. Although this is again an act of genocide of the Azerbaijani people, which we witnessed after the Khojaly tragedy. However, I am sure that someday, we will still become participants and witnesses of our own "Nuremberg trial", which will condemn the Armenian executioners and give just rewards to those who killed, who gave orders, and who financed this aggression for the sake of personal gains. Someday the world community will condemn the policy of terror at the state level in Armenia, but all this will only happen after the final victory of Azerbaijan.

Today,  after so many years of betrayal and deception on the part of Armenia and the international community, the Azerbaijani army is finally independently liberating its native land from occupiers. It is simply obliged to bring this honorable deed to the end, in spite of losses and destruction regardless of using military or peaceful methods ", Yuri Bocharov underlined.