Ilham Aliyev: "Armenia is a state of terror"| VIDEO 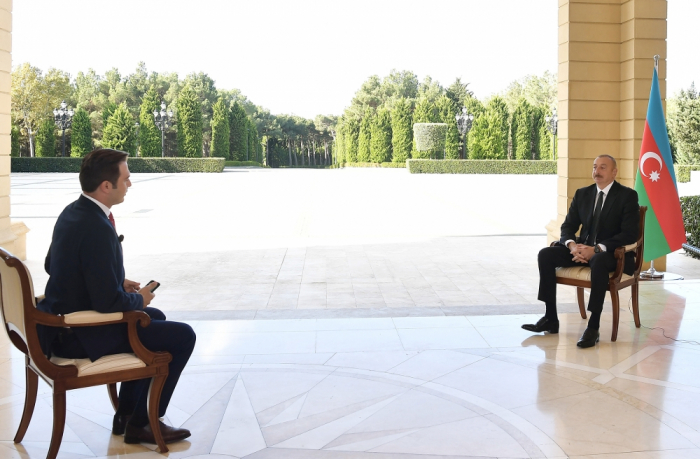 "The city of Ganja was bombed. The city came under fire with Tochka-U missiles, killing and injuring civilians. This is another manifestation of the ugly face of Armenian fascism. Armenia, its supporters and Islamophobic circles will no longer be able to hide this crime because everything is crystal clear".

The President of the Republic of Azerbaijan said in an interview to Turkey's "Haber Global" television, AzVision.az reports.

The head of state said that following the press statements made at the scene yesterday, the representatives of foreign embassies visited there today and witnessed everything with their own eyes. "Once again, they saw who is causing this conflict, who pursues an aggressive policy, who commits crimes against the civilian population. The Armenian state is a state of terror, a fascist state, and this crime against humanity has shown this once again."