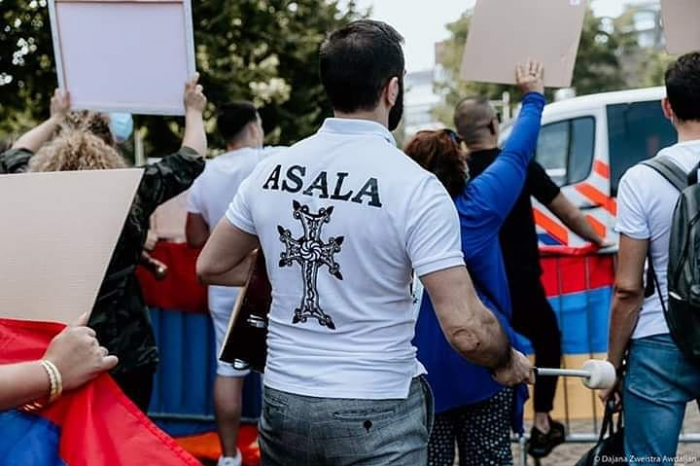 AzVision.az presents Chronology of Terrorist attacks, Extremist activities and violence committed by Armenian terrorist and extremist groups against Azerbaijani civilians during 1989-1994 in occupied Nagorno Karabakh and surrounding districts of Azerbaijan citing the library documents of the Central Intelligence Agency (CIA).

September 16, 1989
Passenger bus, moving on the Tbilisi-Baku itinerary was blown up. As a result, 5 men died and 25 got wounded.

February 18, 1990
On the 105th kilometer of the Yevlax-Lachin highway, a line bus moving from Shusha to Baku was blown up. As a result of this terrorist act, 13 persons were wounded.

July 11, 1990
A car caravan loaded with the goods of national economy escorted by detachment was attacked between the settlements of Oktavan and Jiraktar in the Agdere district of the Nagorno-Karabakh region of Azerbaijan. 3 persons were killed, 23 wounded. Criminal A.Ayrian was sentenced to extreme penalty with expropriation by the Supreme Court of the Republic of Azerbaijan on July 12, 1992.

August 10, 1990
As a result of an explosion of a passenger bus moving on the itinerary of Tbilisi-Aghdam 20 persons were killed, 30 wounded. This criminal group also planned to organize explosion on the bus Aghdam-Tbilisi. On June 17, 1991, the group was arrested, its leader A.Avanesian was sentenced to the extreme penalty, a member of the group M.Tatevosian - to 15 years of imprisonment.

December 15, 1990
A terrorist group, headed by S.Babayan and A.Ayrumanyan, killed 3 persons on a span between the Jamilli and Kosalar stations of the Asgeran district of the Nagorno-Karabakh region of Azerbaijan.

September 15, 1990
The Armenian terrorists blew up the broadcasting center in Khankendi. No victims were recorded.

January 9, 1991
A reporter of the newspaper "Molodyoj Azerbaydjana" ("Azerbaijani Youth") S.Askerova, militaries - lieutenant colonel S.Larionov, major I.Ivanov, sergant I.Goek were killed on the 15th kilometer of the road from Lachin to Shusha. The Supreme Court of the Republic of Azerbaijan sentenced criminals A.Mkrtchian, G.Petrosian, A.Mangasarian, G.G.Arutyunian and G.M.Arutyunian to be shot and other members of the terrorist group to different periods of imprisonment.

January 19, 1991
In Khankendi V.Bagmanian, A.Antonian and S.Bagmanian made an attempt upon the life of major-general V.Kovalyov, chief of the Office of Internal Affairs of the Nagorno-Karabakh Autonomous Region.

January, 1991
Near the Drmbon settlement of the Agdere district of the Nagorno-Karabakh region of Azerbaijan a group of terrorists, led by V.Galayan, committed an armed attack on autocade, moving to Kelbadjar. A driver of gasoline truck was killed.

April 8, 1991
A terrorist act was committed against deputy head of the office of internal forces on the Northern and Southern Caucasus colonel V.Blakhotin in Rostov-on-Don, Russia. The Court Board of the Rostov region sentenced criminals to different terms of imprisonment: A.Bagmanian and A.Antonian - to 15 years, S.Bagmanian - 12 years, K.Akopyan - 4 years, K.Yegityan - 2 years and 9 months.

April 18, 1991
As a result of an armed attack on motor-car, the Armenian terrorists headed by G.Sarkisian in the Khojavend district of the Nagorno-Karabakh region of Azerbaijan, near the Amaras Church 3 police officers were killed. The same group blew up the bridge between Askeran and Aghdam.

May 9, 1991
The Armenian militants made an attempt upon Vladimir Polyanichko, one of the members of the Organizational Committee of the Republic of Azerbaijan on the Nagorno-Karabakh Autonomous Region. On August 1, 1993, he was murdered as a result of a terrorist act in the Northern Ossetia.

May 30, 1991
The Moscow-Baku passenger train was blown up near the railway station of Khasavyurt, Dagestan, Russia. 11 people were killed and 22 wounded.

June 28, 1991
A group of the Armenian terrorists made an attack on the Garadaghli settlement of the Martuni district of the Nagorno-Karabakh region of Azerbaijan. 6 people out of the peaceful population were killed.

July 31, 1991
On the territory of Dagestan the Armenian militants blew up the Moscow-Baku train, as a result of which 16 people were killed and 20 wounded.

Summer of 1991
Khomich, major of the internal forces of the Ministry of Internal Affairs of the USSR was murdered on the highway Khankendi-Shusha.

November 20, 1991
"Mi-8" helicopter, with a group of eminent statesmen, political and military figures of Azerbaijan, Kazakhstan, Russia, as well as other officials and journalists on the board, was shot down by the Armenian terrorists over the Garakend settlement of the Khodjavend district of the Nagorno-Karabakh region of Azerbaijan. All passengers and crew died.

January 8, 1992
The Krasnovodsk (Turkmenbashi)-Baku passenger see ferry was blown up. 25 persons died and 88 were wounded.

January 28, 1992
A civilian helicopter, flying on the itinerary of Aghdam-Shusha, was shot down by the Armenian terrorists near Shusha. From 41 passengers on the board, mainly consisted of women and children, 3 were killed.

February 28, 1993
The Kislovodsk-Baku passenger train was blown up not far from the Gudermes station, Chechnya, Russia. 11 were killed, 18 wounded.

June 2, 1993
A passenger railroad car, standing on sidings, was blown up in the railway station in Baku. No victims were recorded. Criminal I.Khatkovskiy was sentenced to 8 years of imprisonment by the decision of the Supreme Court of the Republic of Azerbaijan on July 22 1994.

February 1, 1994
The Kislovodsk-Baku passenger train was blown up in the railway station in Baku. As a result, 3 people died and more than 20 were wounded.

February 24, 1994
A railroad car was blown up in the Khudat station. No victims were recorded.

March 18, 1994
The Armenian terrorists shot down the "Hercules" aircraft of the Iranian Air Forces, with diplomats and their families on the board. As a result of the terrorist act, 34 people lost their lives.

April 13, 1994
The Moscow-Baku passenger train was blown up in the railway station of "The lights of Dagestan" (Russia). As a result of the terrorist act 6 people were killed and 3 wounded.