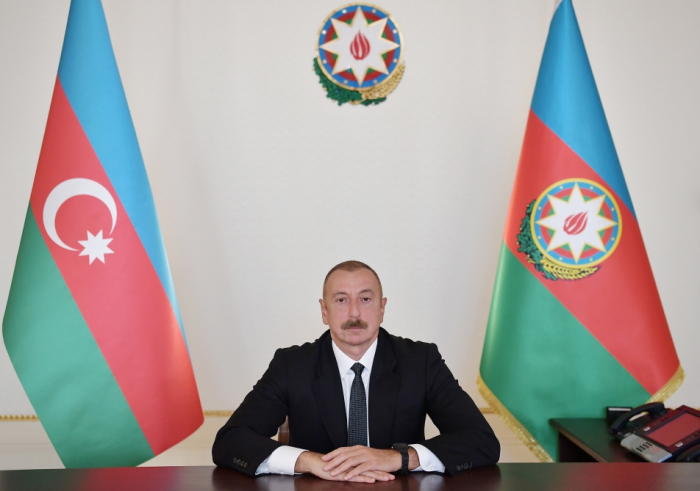 The 71st International Astronautical Congress (IAC 2020) on the theme The CyberSpace Edition has been held in a virtual format.

AzVision.az. reports that the opening ceremony of the congress featured a video message of President Ilham Aliyev.

I sincerely greet you from Baku – the capital of Azerbaijan.

Azerbaijan will be hosting the International Astronautical Congress in 2023.

First of all, I would like to express gratitude to the members of International Astronautical Federation, its Bureau and its Committees for support of our candidacy.

In three years-time, we will see you in Baku. It will be very symbolic that after 50 years the Congress will come back to our city. But now to the capital of independent Azerbaijan.

During the times of independence Azerbaijan achieved tremendous progress. Our country is one of the countries which is active in international arena. Today Azerbaijan is chairing the second after United Nations international body – the Non-Aligned Movement. Our economic performance is reflected in statistics. During the last 17 years our GDP tripled, level of poverty dropped from almost 50 percent to 5 percent, our foreign debt is something around 20 percent of our GDP, and our reserves six times exceed the foreign debt.

Azerbaijan today is a member of the space club and with 3 satellites Azerbaijan is planning to continue its activity in this direction. And I’m sure that the Congress to be held in our capital in 2023 will give additional impetus to the development of space industry in our country.

Pascale Ehrenfreund: Mr. President, thank you very much for this inspiring speech. We are looking forward to coming to Baku in 2023.

Since its first edition in 1950, the International Astronautical Congress (IAC) has been the place for all space people to come together and discuss about the latest developments in space. In these challenging times, when physical meetings are near-impossible, the Federation, more than ever, is determined to play its unifying role for the space community. And this is why it has decided to organize the 71st International Astronautical Congress, IAC 2020, as a Cyberspace Edition and to offer it without registration fee, free of charge. New communities and stakeholders that would normally not have the means to physically travel to an IAC will be offered the unique opportunity to be part of this world’s premier space gathering.