What is SCUD fired by Armenians at Ganja? -  DETAILS 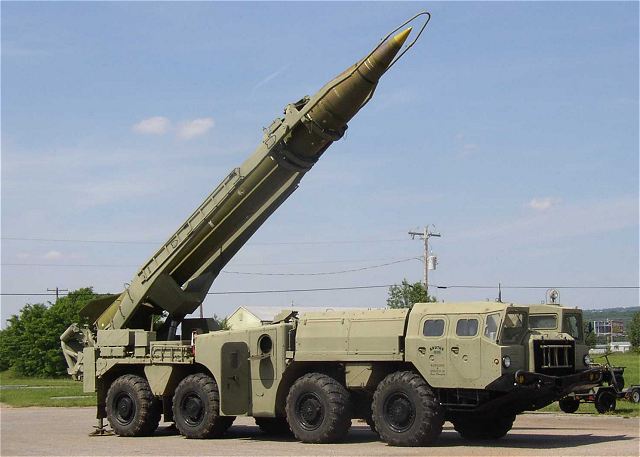 On October 11, 2020, around 02 a.m a multi-apartment building in Ganja city, the second-largest city of Azerbaijan which is located far from the war zone, was subjected to missile attack by the Armenian Army. It has been revealed that the Armenians attacked with Scud missile.

Researches show that it is not accidental that Armenia used a SCUD missile during the attack targeting civilians in Ganja. The technical characteristics of Russian-made SCUD missiles give grounds to say so.

The R-17 ‘Scud B’ was an upgrade over the ‘Scud A’ that became operational in 1962. The missile measures 11.25 m in length, 0.88 m in diameter, and 5,900 kg at launch. It has a range of 300 km with accuracy of 450 m CEP. A typical ‘Scud B’ takes approximately one hour to finish a single launch sequence. It uses an inertial guidance system and a single-stage liquid propellant engine.

Scud missiles have been used in combat since the 1970s, mostly in wars in the Middle East. They became familiar to the Western public during the 1991 Persian Gulf War, when Iraq fired dozens at Israel and Saudi Arabia.

There have also been reports that the missiles were handed over to forces controlled by Khalifa Haftar, who illegally seized large parts of the country in Libya and revolted against the central government.

All this shows that Armenia, demonstrating its fascist nature, deliberately chose SCUD missiles and committed a war crime by using destructive weapons, which are rarely used in military operations, against the civilian population.

Meanwhile, the Armenian missile strike against the civilian population of Ganja killed 10 people and injured 34 others.