List of Armenia’s military equipment destroyed on night of Oct. 13 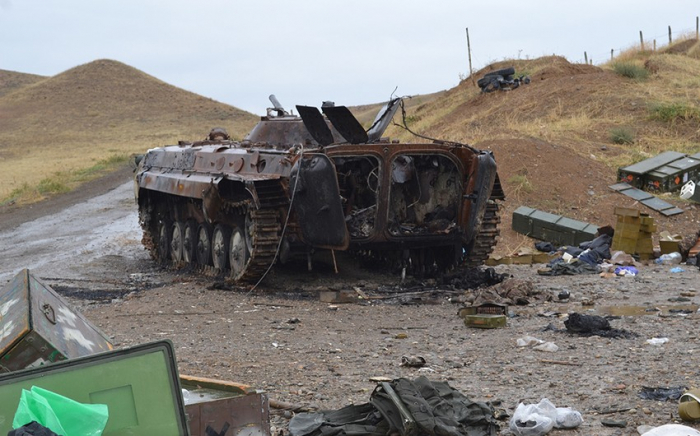 On the night of October 12-13, the situation on the front line in the Aghdere-Aghdam and Fuzuli-Hadrut directions remained tense, the Azerbaijani Defense Ministry told AzVision.az on Tuesday.

As a result of the actions taken by the Azerbaijan Army, a large number of forces, three BM-21 Grad MLRS, one Tor-M2KM Surface-to-air missile (SAM), one ZSU-23-4 Shilka self-propelled anti-aircraft gun (SPAAG), two BMP-2 Infantry fighting vehicle, three 2A36 Giatsint-B guns, one KS-19 anti-aircraft gun, one D-20 gun-howitzer, three UAVs, as well as several auto vehicles of the Armenian armed forces were destroyed and disabled in different directions of the front.