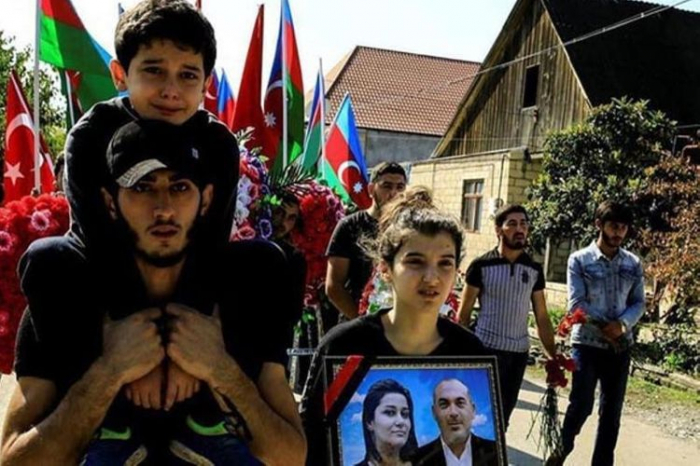 The ombudsman issued a report on the fact-finding mission carried out in connection with the human casualties and destruction as a result of another rocket attack by the Armenian armed forces on Ganja, the second-largest city in Azerbaijan and densely populated with civilians.

According to the report, as a result of rocket fire by the Armenian armed forces on Ganja, 3 children lost both parents, AzVision.az reports.

"With this terrorist attack, the Republic of Armenia has grossly violated the requirements of international treaties in which it is a party, in particular the UN Convention on the Rights of the Child. The human casualties and destruction as a result of another rocket fire by the Armenian armed forces on Ganja, the second-largest city in Azerbaijan and densely populated with civilians once again show that the Republic of Armenia has not given up its aggressive policy and wants to occupy our new territories."

"Such inhumane war crimes by Armenia are a serious threat to the life and health of the population, and this act of aggression should concern international organizations, world community and national human rights institutions. They must make efforts to take concrete measures to impose legal sanctions against the occupying Republic of Armenia."

These military provocations of Armenia against our country, posing a serious threat to the life and health of the civilian population of Azerbaijan, causes people to be in a difficult and risky situation, not only physically and materially, but also morally and psychologically, as well as, violates their right of living in a safe and healthy environment and other fundamental rights and freedoms.

Therefore we call the international organizations and influential world powers to demand Armenia, which is undermining efforts to achieve a just peace to stop committing war crimes and criminal acts grossly violating the rights and freedoms of the civilian population and unconditional withdrawal of Armenian armed forces from occupied Azerbaijani territories. We also call them to take urgent measures to establish international legal responsibility for the aggressor Armenia.