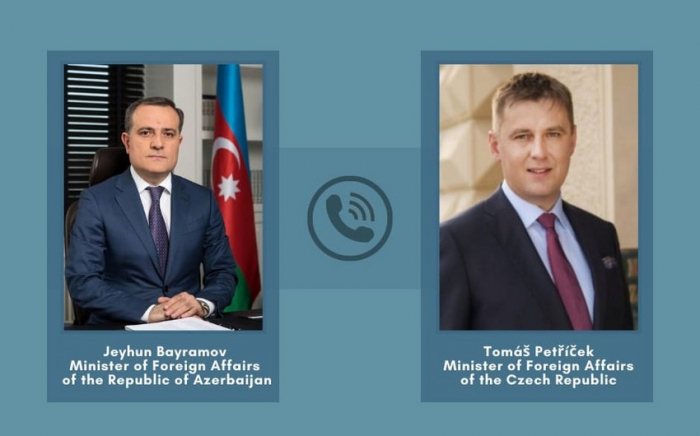 The phone conversation took place on the initiative of the Czech side, the Azerbaijani Foreign Ministry told AzVision.az.

Minister Bayramov informed his Czech colleague of the continuous violation of the humanitarian ceasefire by the armed forces of Armenia. The deliberate shelling of Azerbaijani cities, peaceful population, civilian infrastructures situated far from the conflict zone, a heinous missile attack on Ganja causing serious casualties were brought to the attention the Czech minister. It was underlined that as a result of new aggression by Armenia against Azerbaijan 43 civilians were killed and 218 civilians were injured.

Minister Bayramov also informed his interlocutor on the recent prevention of another missile attacks by Armenia against the Azerbaijani civilians and infrastructures stating that Azerbaijan acted within its right to self-defense. He emphasized that full responsibility for the current situation in the region is on the political-military leadership of Armenia.

Petříček expressed his serious concern over the loss of civilian lives. He stressed the importance of respecting the ceasefire and restoring negotiations between the sides.