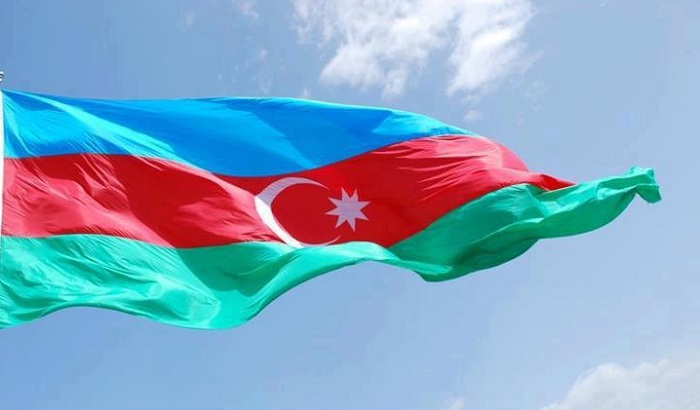 Humanity is ashamed and fascist Armenia has once again indulged in targeting civilian settlements, medical hospitals, schools, colleges, markets and last but not least, residential areas in entire Azerbaijan through it air force, rockets, prohibited cluster munitions and missiles. But in this race of madness Azerbaijan “faith” is still dominated over the Armenia “fascisms”.

Fortunately, the Republic of Azerbaijan has now successfully liberated one major city, one big settlement, many strategically important points (mountains) and more than 35 villages from Armenia. Holy “Adhan” has been aired which is indeed a grand moral victory over “atrocities” of Armenia.

It has not been war between two different armies but two “distinctive” “philosophies” in which Azerbaijan represents pure “humanity” while Armenian carries “horrendous” crimes, Azerbaijan upholds spirits of national “dignity” while Armenian worshiper of “destruction”, one stands for “development” while other always speaks about “demolition” and one always “follows” international law but other habitual of “fascism”. So there is no comparison between the two armies because Azerbaijan stands for “concord” whereas Armenian stigmatizes for illegal “conjured” conquered.

The recent Azerbaijan and Armenia war has also exposed “double” standard of so called “civilized” world which always stands with “aggressor”. Moreover, it has also tried to divide the world into communal, racial and religious basis & brackets. Peter van Dalen, a Dutch Christian Democrat MEP termed it a “crusade” war where Azerbaijan and its support Turkey should be punished. Unfortunately, “genie” of “Islamophobia” has once again marched in the streets and palaces of the EU which seems not to be a “rational” approach to resolve the current conflict.

Most recently, Armenian BM-30 Smerch and OTR-31 Tochka missiles badly hit to various residential areas of Ganja, the second largest city of Azerbaijan with population of 500,000 caused lots of casualties and collateral damages even after current temporary humanitarian ceasefire.

According to Azerbaijan defence ministry (October 11, 2020) more than 35 civilian dead, 50 seriously injured and 80 families suffered from collateral damages after the current truce. But permanent human “generosity” of Azerbaijan is still swaying Armenian “genocide”.

Commissioner for Human Rights (Ombudsman) of the Republic of Azerbaijan (October 11, 2020) shared latest information of true violation of Armenia by start rocket shelling to Mingachevir city where water reservoir and electric station are located.

In this connection, the Rio Declaration on “Environment and Development” (1992) provides protection for the environment in times of armed conflict and cooperate in its further development, as necessary. Moreover, the “Geneva Conventions of 1949” and their “Additional Protocols” prohibits attack on environment and threat to the environment. So, missile targeting Mingachevir reservoir and power block by Armenia severely violates the norms and principles of international law, including the norms of international humanitarian law too.

Minister of Foreign Affairs of the Republic of Azerbaijan Jeyhun Bayramov and the Minister of Foreign Affairs of the Republic Turkey Mevlüt Çavuşoğlu discussed the current situation through a telephone call. During the telephone conversation, Minister Jeyhun Bayramov briefed his Turkish counterpart about the meeting of the Foreign Ministers of Azerbaijan and Armenia held in Moscow with the mediation of the Russian Foreign Minister.

The Foreign Minister Bayramov noted that a temporary truce had been declared between Azerbaijan and Armenia for “humanitarian” purposes, and that the Armenian had been given one last chance to negotiate and withdraw Armenian troops from the occupied territories of Azerbaijan.

Turkish FM Çavusoglu said that the truce declared to exchange prisoners and dead bodies was an important step, but it is not a permanent solution, and Turkey would only support solutions that Azerbaijan agrees with.

Referring to the principled position of Azerbaijan, Minister Jeyhun Bayramov stressed the need to implement relevant UN Security Council resolutions to ensure peace in the region.

While addressing the Non Alignment Movement (NAM), the Foreign Minister informed the participants about the fact that Armenia has been occupying the territories of our country for about 30 years in violation of the principles of

international law and four relevant UN Security Council resolutions, and its illegal activities for the annexation of these territories.

So far, Armenian armed forces have continued to intensively fire at densely

populated residential areas, social, cultural and strategic facilities with use of artillery weapons, rockets, military aircrafts and prohibited cluster munitions. Consequently, there are numerous dead and wounded among the civilian population, as well as the private houses, historical and cultural monuments, administrative buildings and other social objects were severely damaged. Despite temporary truce the march of Armenia “barbarism” is still going on producing “devastating” socio-economic, geopolitical and geostrategic implications and spillover ramifications for the region and beyond. While visiting Ganja city the foreign diplomates have witnessed Armenian martial brutality and cruelty against innocent civilian population. The city confronted huge loss and collateral damage but its human spirits are still unfading.

Most recently, (October 11, 2020) the fascist Armenian armed forces subjected to fire Yevlakh district, which is densely populated and far from the conflict zone. Armenian has intentionally targeted the Baku-Tbilisi-Ceyhan main export oil pipeline passing through this area, with cluster munitions.  The cluster munitions rocket has missed the target of BTI pipeline by narrow margin. Fragments of more than 300 cluster bombs were scattered around, and this is a serious threat and danger to the life and health of the civilian population.

The BTC main export oil pipeline has great strategic significance for Azerbaijan, Georgia, Turkey and the region as a whole, Europe and the world in general, in economic, political and energy security terms. So, “easy” and “smooth” supplies of energy has become “hostage” of Armenia “hegemonic” hang-over. It has now undermined regional as well as global energy security and caused serious environmental consequences for the entire region.

Being a prominent regional expert of Azerbaijan & CIS I endorse “Karabakh is Azerbaijan”. De-escalation, de-occupation of illegally occupied areas of Azerbaijan, diplomacy and dialogue should be the way forward because “martyrdom” never fades and “fascism” just vanishes with “vanguard” spirits of brave soldiers.

Armenian should keep in its mind that false “propaganda” is always short lived whereas, peace remains permeant. “Genocide” is always a serious crime against helpless and naked humanity whereas, human “generosity” is everlasting trait. Martial power does not have “substance” whereas, peaceful “persuasion” dominates. Last but not least, “tanks” always achieve “tendentious” consequences whereas, “tenacious” spirits always become victor. 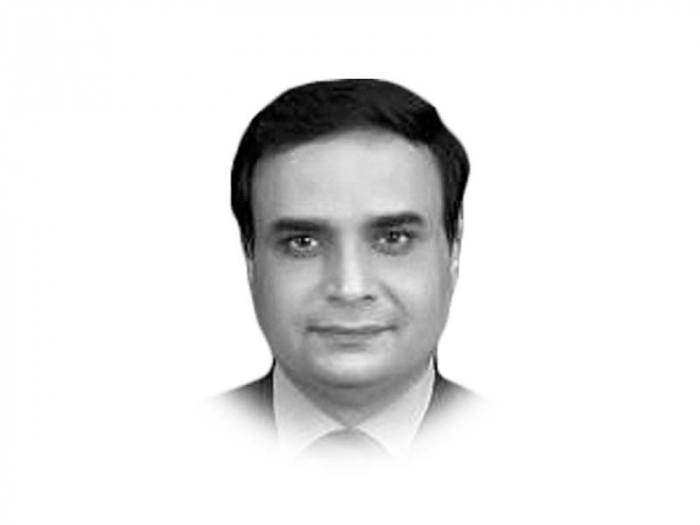