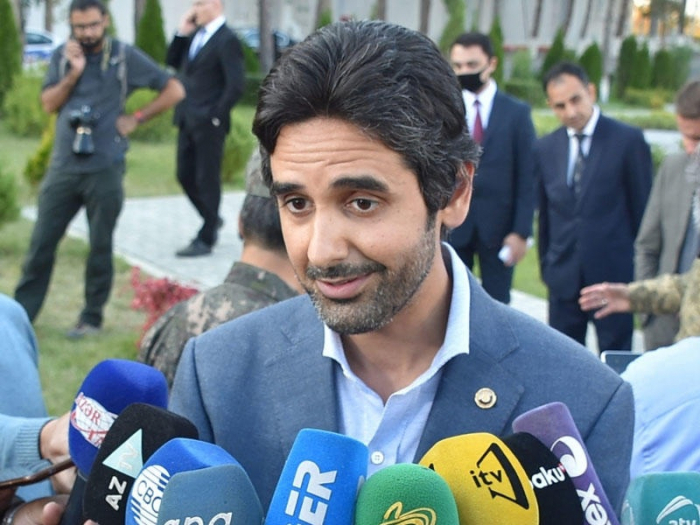 “Ignoring UN resolutions, Armenia, which has been occupying a part of Azerbaijan's territory for almost 30 years, is also committing a series of military provocations against our country, targeting civilians in violation of international law. Since September 27, the Armenian armed forces have launched another provocation, targeting our settlements with heavy artillery fire", Minister of Labor and Social Protection Sahil Babayev said at a meeting with Ambassador of Qatar to Azerbaijan Faisal bin Abdullah Hamad Al Hinzab, AzVision.az reports.

The Minister stressed that the recent shelling of residential buildings in Ganja by Armenia is a serious crime against humanity. He also informed the ambassador the grave consequences of the terrorist attacks carried out by Armenia against the civilian population of Azerbaijan at the state level, the number of people killed and injured as a result of these attacks, as well as the scale of serious damages to civilian objects and houses.

Faisal bin Abdullah Hamad Al Hinzab said that he was also at the scene in Ganja on October 12 and saw the results of the Armenian missile attack. Strongly opposing the targeting of civilians, he also wished Azerbaijan to restore its territorial integrity.

"Qatar stands by Azerbaijan. The world community, including our people, is closely monitoring the situation in the occupied territories, and Al Jazeera is covering these incidents", the ambassador said.