President Aliyev: Armenia’s military-political leadership is criminals, and they will be punished 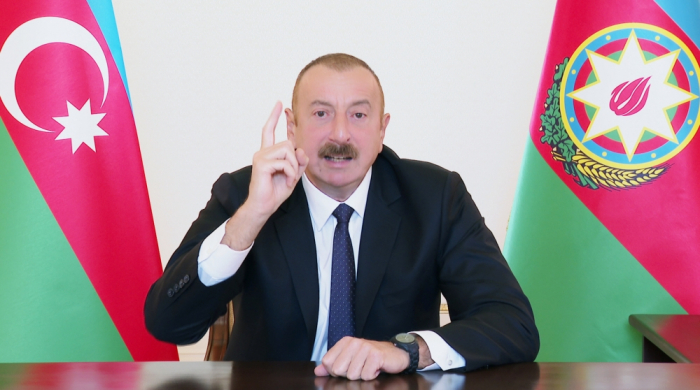 The victorious Azerbaijani Army is achieving and will continue to achieve its goals, Azerbaijan’s territorial integrity is being restored and will be fully restored, said President Ilham Aliyev as he addressed the nation.

"No force can stop us. No force can stand against the will of the Azerbaijani people. Everyone should know this. No-one can stand in front of us. Let the predatory Armenian state vacate our lands. After that, a ceasefire will be ensured. A ceasefire was declared, but Ganja was bombed a day later. And which part of it? A residential settlement. Where did they hit today? Again, a residential area. When did they shoot? At night, so that more people die," the head of state said.

The head of state said: “This is a crime against humanity. If the international community does not want to bring Armenia to justice for the crimes it has committed – just as no-one has brought them to justice for the Khojaly genocide – we will bring them to justice ourselves. We will punish them, and our punishment will be just. They deserve the most severe punishment. The military-political leadership of Armenia are criminals and we will punish these criminals.”