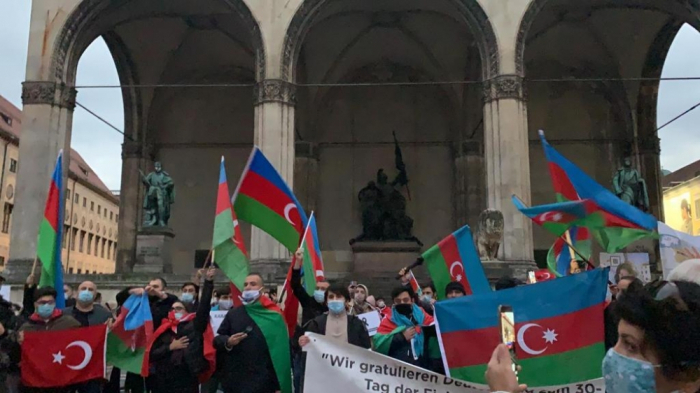 The Azerbaijan Cultural Center in Munich has organized a protest rally against attacks by the Armenian armed forces on civilians and civilian infrastructure in Ganja, the second largest city in Azerbaijan.

During the rally, they labeled the terrorist act of Armenia against civilian population of Azerbaijan as a war crime against humanity, killing of civilians and minors as an act of genocide.

Together with Azerbaijanis, representatives of the Turkish community and others marched from Marienplatz to Odeonsplatz. Participants yelled in different languages such slogans as: “Karabakh is Azerbaijan!”, “Ganja is not a front-line zone!”, “Stop Armenian terrorism!”, “Stop killing children!”, “We say no to terrorism”, “Do not support occupying state!”,“Armenia, follow UN resolutions!”. It was stated that the world community and international organizations should condemn such violence against civilians.

During the rally, the local community was widely informed about the crimes committed by Armenia against the civilian population of Azerbaijan and acts of vandalism in the cities of Ganja and Mingachevir.

The Armenian army, violating the humanitarian ceasefire, on October 11 and 17, 2020 at night fired rockets on Ganja, the second largest city of Azerbaijan, outside the front-line zone. As a result of rocket attacks of the occupying Armenian army, residential buildings in the central part of Ganja were destroyed, civilian objects were seriously damaged, 23 people were killed, 83 civilians were seriously injured, and the city itself was seriously damaged. 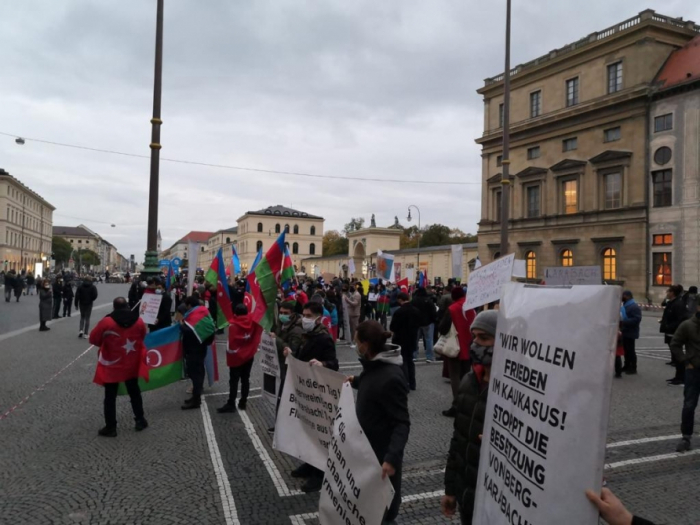