Ombudsman makes statement related to another missile attack on Ganja 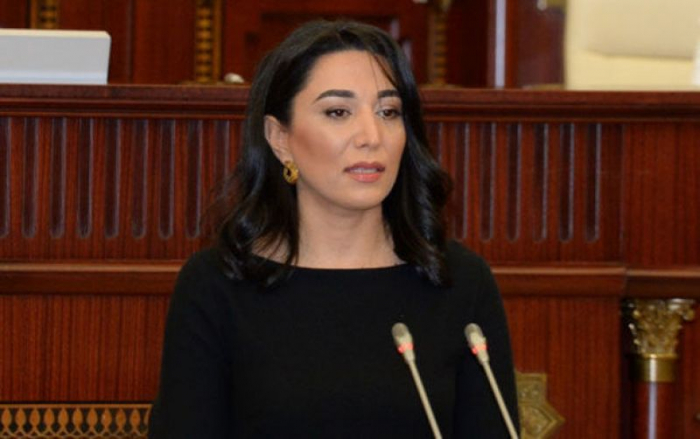 Azerbaijani Commissioner for Human Rights (Ombudsman) Sabina Aliyeva issued a statement in connection with the casualties and destruction as a result of Armenia’s another missile attack on October 17, 2020 on the Azerbaijani city of Ganja, the Ombudsman's office told AzVision.az.

"Armenia grossly violates the UN Charter, norms and principles of international law, including international humanitarian law, in particular, the Geneva Conventions of 1949 and additional protocols to them, as well as the humanitarian ceasefire regime announced from 12:00 (GMT+4) October 10," the statement said.

"We inform with a feeling of deep regret that the Armenian armed forces, continuing to commit war crimes, terrorist acts against peace and humanity, at about 1:00 (GMT+4) on October 17, 2020, once again attacked a residential area in the center of ancient Ganja, the second biggest Azerbaijani city, which is located 100 kilometers from the conflict zone," the statement said.

"In accordance with the preliminary data, as a result of this attack, 13 civilians died, including three children, 52 people were injured, two children went missing," the statement said. "Big damage was inflicted on numerous civilian infrastructure facilities. The search and rescue work is underway."

"Thus, Armenia, which does not comply with the UN Security Council’s resolutions # 822, 853, 874 and 884, demanding the immediate, complete and unconditional withdrawal of the Armenian armed forces from all the occupied Azerbaijani territories, has committed another war crime against the Azerbaijani civilians," the statement said.

"The deliberate missile attack on the densely populated Azerbaijani city of Ganja, which is far from the conflict zone, as well as Mingachevir city which is of strategic importance for the energy security of the region, and other Azerbaijani settlements, once again proves that Armenia, a mono-ethnic country, does not recognize international law and disregards it," the statement said.

"At the same time, the norms of international law, in particular, the Geneva Conventions, require a clear distinction between combatants and civilians, military and civilian facilities during military operations," the statement said.

"By targeting the civilians by using the special missile systems, Armenia, grossly violating the requirements of international human rights documents, the Geneva Conventions of 1949 and additional protocols, in particular, the Geneva Convention relative to the Protection of Civilian Persons in Time of War of August 12, 1949, The Hague Convention for the Protection of Cultural Property in the Event of Armed Conflict of May 14, 1954, the Convention on the Rights of the Child, the Vienna Convention on the Law of Treaties of 1969, continues to commit war and terrorist crimes against peace and humanity," the statement said.

"These crimes must be condemned by authoritative international organizations and countries," the statement said. "The measures must be taken against Armenia within the norms and principles of international law."

"We call on authoritative international organizations and countries to demonstrate a fair position, demand from Armenia, which continues its occupation policy, to stop committing war crimes and terror against peace and humanity, pose a threat to the life and health of the Azerbaijani civilians, as well as other actions that contribute to mass violation of human rights and freedoms, and to adopt peremptory decisions towards Armenia, defining international legal responsibility," the statement said.