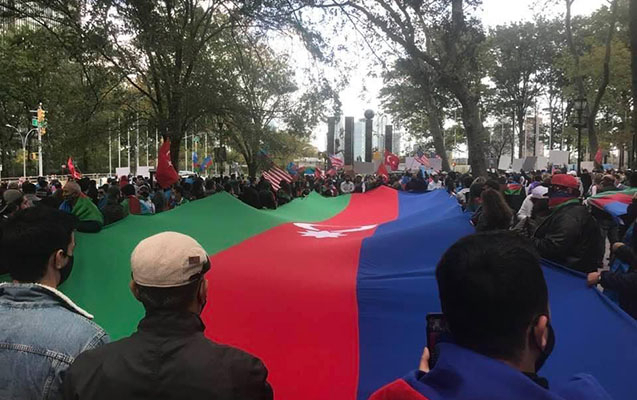 Hundreds of Azerbaijanis held an authorized protest rally outside the UN Headquarters in New York.

The rally was organized by the Azerbaijan New York Association, the State Committee for Diaspora Affairs told AzVision.az.

The Azerbaijanis, who joined the rally from Philadelphia, New Jersey, Maine, Washington, Virginia, Carolina and other states, chanted various slogans such as “Stop Armenian lies!”, “Karabakh is Azerbaijan!”, “Ganja is not a frontline zone!”, “Do not kill children!”, “We want justice!”.

Those who addressed the rally called on the UN to establish a commission to investigate Armenia’s provocations and attacks, and take measures against occupying Armenia. The demonstrators condemned Armenia’s shelling of Azerbaijan’s Ganja, Mingachevir cities and other residential settlements located outside the frontline zone. 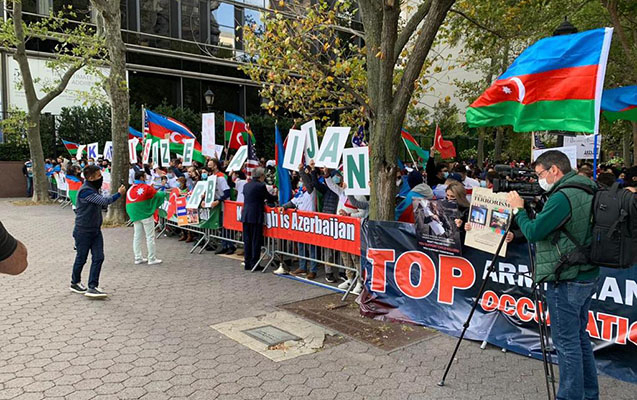 The Armenian army, violating the humanitarian ceasefire, on October 11 and 17, 2020 at night fired rockets on Ganja, the second largest city of Azerbaijan, outside the front-line zone. As a result of rocket attacks of the occupying Armenian army, residential buildings in the central part of Ganja were destroyed, civilian objects were seriously damaged, 23 people were killed, 83 civilians were seriously injured, and the city itself was seriously damaged. 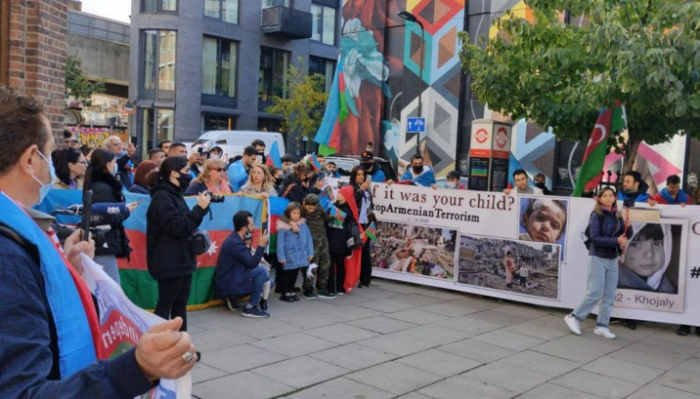 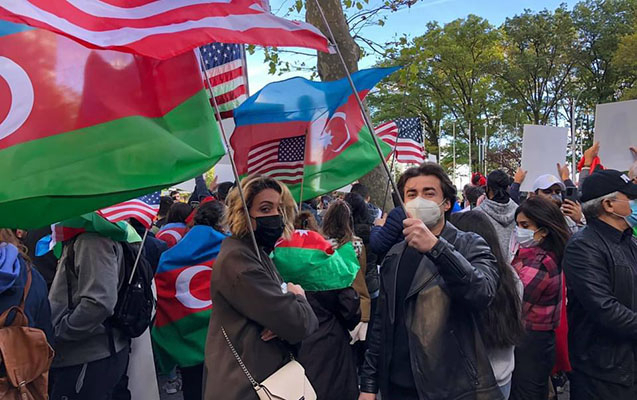