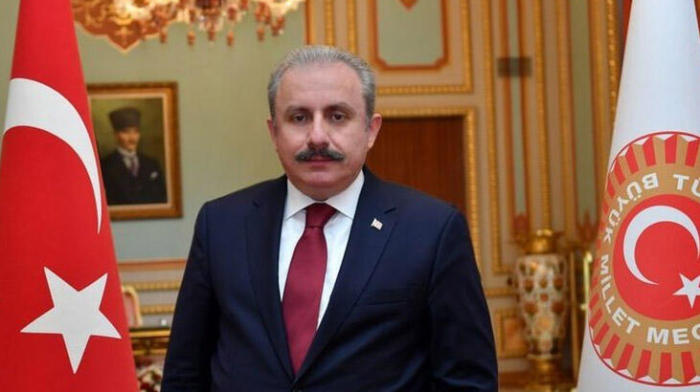 Armenia must withdraw its troops from the occupied territories of Azerbaijan, said Speaker of Grand National Assembly of Turkey Mustafa Sentop at a meeting with journalists in Baku, Azvision.az reports.