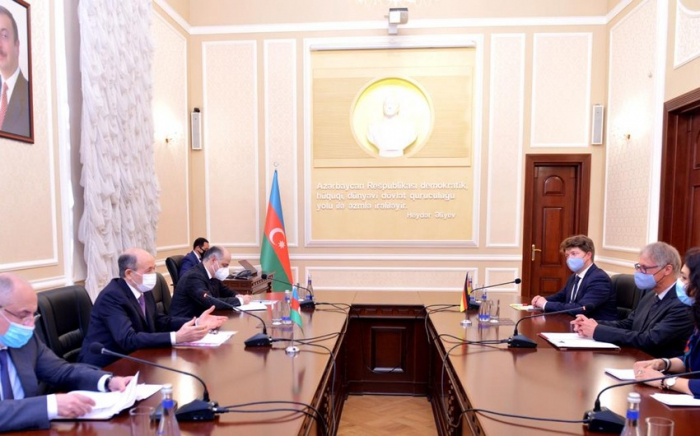 Today, Minister of Justice Fikrat Mammadov received Ambassador of the Federal Republic of Germany to Azerbaijan Wolfgang Manig at his request", the press service of the ministry told AzVision.az.

The Minister also spoke about the judicial and legal reforms which were praised by the international community and implemented under the leadership of President Ilham Aliyev, noting the participation of German experts in this field.

During the meeting, the Azerbaijani minister informed the ambassador about Armenia's military aggression against Azerbaijan, especially the recent war crimes against civilians.