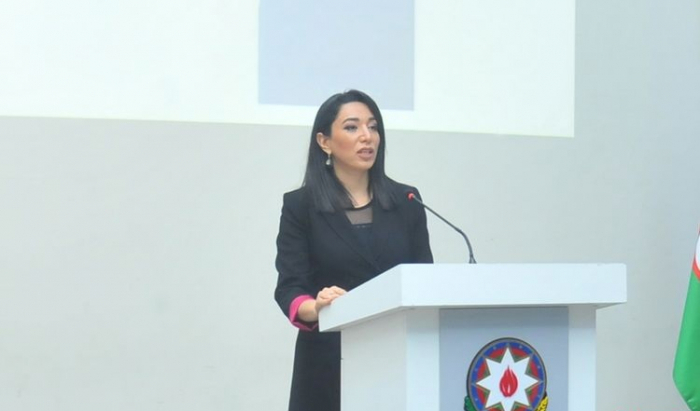 Azerbaijani Commissioner for Human Rights (Ombudsman) Sabina Aliyeva has prepared a report on the numerous casualties, injuries of civilians, destruction caused as a result of Armenia’s shelling of Azerbaijan’s Ganja city by use of ballistic missiles, AzVision.az reports on Oct. 20.

In accordance with the report, by continuing to commit war crimes and terror, as well as military provocations to kill the Azerbaijani civilians, the Armenian Armed Forces once again shelled Azerbaijan's city of Ganja from Armenia's territory, at about 01:00 (GMT+4) October 17 by using ballistic missiles.

Ganja is located 100 kilometers from the conflict zone. As a result of Armenia’s another military aggression directed against civilians in Ganja, there are numerous casualties, including the wounded and killed. Huge damage has been caused to the civil infrastructure. The civilians suffered big moral, physical and material damage.

As a result of the night shelling of Ganja city by using ballistic missiles on October 17, 14 people were killed, including five women and five children, 23 women and nine children were injured, a total of 57 people.

Private houses and other civilian facilities were destroyed as a result of missile strikes. Thus, 20 houses were completely destroyed, many nearby buildings and facilities, including four kindergartens and nurseries, one school and one children's clinic, were seriously damaged.