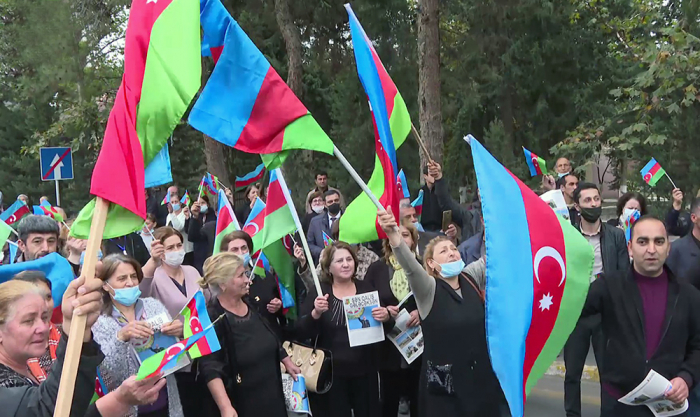 The Ideological and Cultural Center of the Ganja Garrison continues promotion activities to increase the determination of the military servicemen participating in the battles to liberate the occupied territories of Azerbaijan.

The promotion groups set up by the Garrison's Ideological and Cultural Center organize performances and concert programs for the personnel.

In addition, the speeches of national leader Heydar Aliyev and the Supreme Commander-in-Chief of the Armed Forces Ilham Aliyev about the Azerbaijani Army, military patriotic songs, as well as latest information on the battles are sounded in the settlements along the frontline, films and documentaries on patriotism are being presented.

These measures have a positive impact on the morale of soldiers and officers, increase the determination to win, and the fighting spirit and the civilian population welcome these activities with enthusiasm and sympathy.