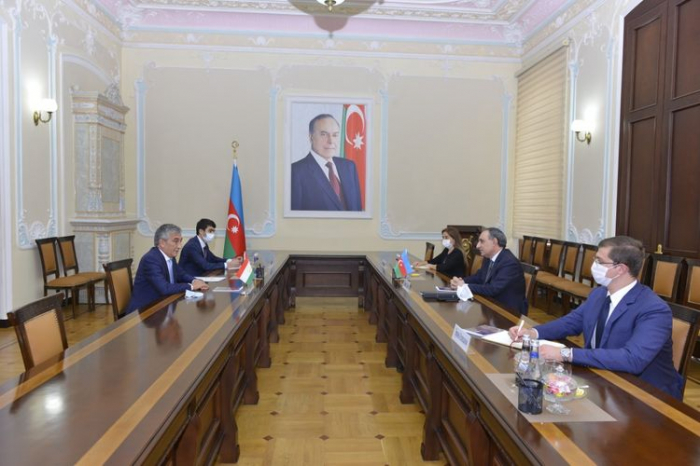 Welcoming the diplomat, the prosecutor general hailed the traditional ties of friendship and partnership between Azerbaijan and Tajikistan, the existence of business relations in all spheres and the successful development of bilateral ties.

Aliyev informed the Tajik ambassador about Armenia’s ongoing military aggression against the civilian population of Azerbaijan.

He said since September 27, the Armenian armed forces continue committing war crimes by shelling and firing missiles at Azerbaijan’s residential settlements. The prosecutor general noted that as a result of the Armenian military aggression, 63 Azerbaijani civilians, including 18 women, 8 children, were killed, 293 others, including 69 women, 32 children were wounded. Moreover, 2,072 houses, 90 multi-apartment residential buildings and 388 civilian facilities were damaged.

Expressing gratitude for the warm reception, the ambassador touched upon bilateral relations. He noted that Tajikistan attaches great importance to relations with Azerbaijan.

The ambassador emphasized the importance of resolving the conflict in accordance with the relevant UN Security Council resolutions, within Azerbaijan’s territorial integrity and sovereignty.

The diplomat went on to say that Tajikistan strongly condemns Armenia’s recent missile attacks on the Azerbaijani city of Ganja.