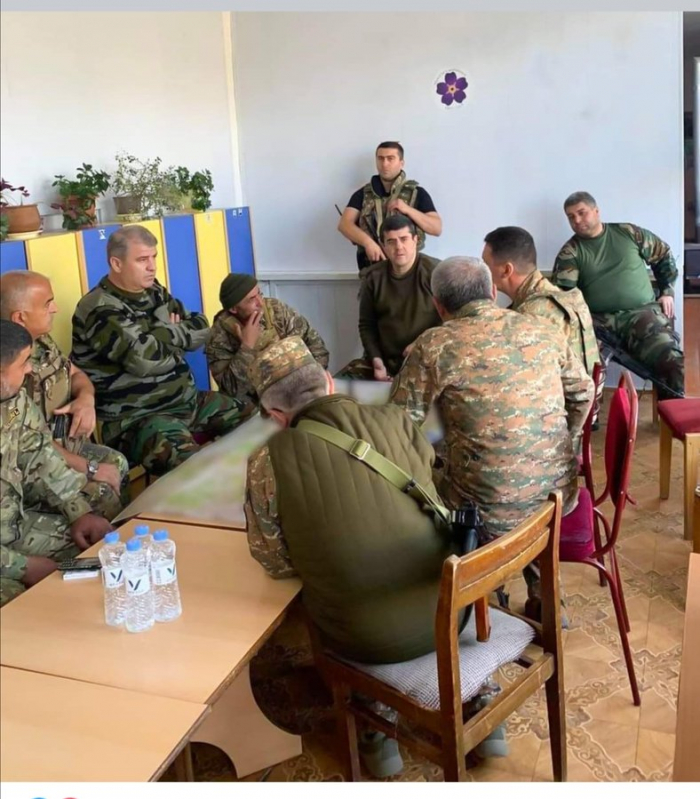 As reported earlier, commanders of Armenian armed forces by risking the lives of kids held meeting at a kindergarten. The place which was camouflaged as a military headquarters was a kindergarten no. 3 in Khankendi.

Meeting of commanders of Armenian armed forces are taking place at a kindergarten, Hikmet Hajiyev, Assistant to the Azerbaijani President, Head of the Foreign Policy Department of the Presidential Administration, tweeted on Sunday.

"As photo shows meeting of commanders of Armenian armed forces taking place at kindergarten. They camouflaged military headquarters inside kindergarten risking the lives of kids. What else one can expect from warcriminal who killed civilians w/missiles? No pang of remorse ICRC," he wrote.