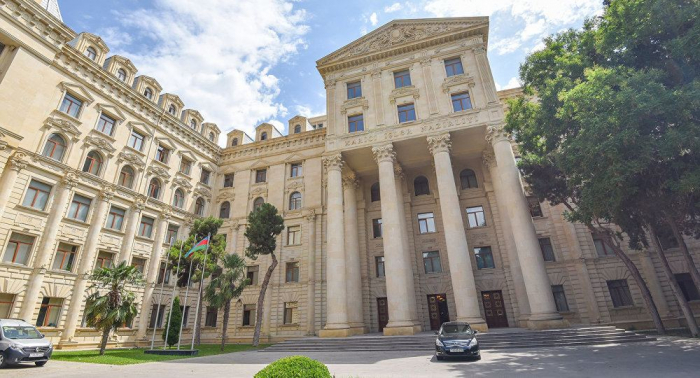 In a gross violation of the new humanitarian ceasefire, on October 26 at 08.05 am, the armed forces of Armenia subjected to artillery fire the units of the Azerbaijan Army located in the Safiyan village of Lachin region. Later, the city of Terter and the villages of the Terter region were under intensive shelling by the armed forces of Armenia, says the statement of the Ministry of Foreign Affairs of the Republic of Azerbaijan.

"Another, third time in a row ceasefire regime is blatantly ignored and violated by Armenia; 10 October Moscow joint statement, 18 October reaffirmed commitments by the mediation efforts of Paris and 24 October meeting in Washington and agreement on implementing the immediate humanitarian ceasefire.  This is yet another demonstration of willful ignorance by Armenia of its commitments and open disrespect to the tireless endeavors of international mediators. Obviously, as it is declared by the Prime Minister of Armenia, this country does not see a diplomatic solution to the conflict, and the ultimate goal is about continuing the military occupation of the Azerbaijani territories.

Azerbaijan is committed to its agreements and showing respect to the agreed humanitarian ceasefire.

All responsibility for violation of the ceasefire and continued escalation in the region lies with the political-military leadership of Armenia".