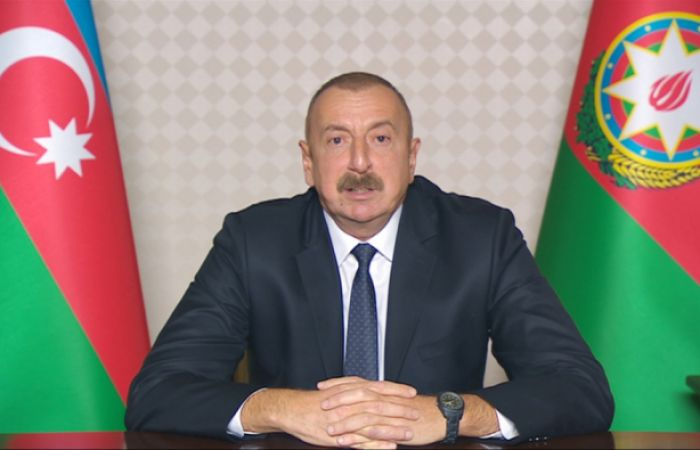 The second time, the ceasefire lasted only for two minutes and Armenia violated it, Azerbaijani President Ilham Aliyev said in an interview to U.S. Fox News TV channel.

“We were ready for a ceasefire and on the 10th of October, in Moscow, our foreign minister, Armenian foreign minister, and Russian foreign minister issued a joint declaration about the ceasefire. But the next day, the next day, Armenians from the territory of Armenia launched an attack on the second largest city of Azerbaijan-Ganja, situated far away from the area of clashes with ballistic missiles killing 10 civilians and wounding more than 30. Then, there was a second ballistic attack on Ganja, killing 15 people,” the head of state said.

“We agreed about ceasefire two times, the first time Armenians at night, at 1 am at night, launched a ballistic missile on a sleeping city. The second time, the ceasefire lasted only for two minutes and Armenia violated it. There is no evidence that Azerbaijan violated the ceasefire,” the Azerbaijani president added.