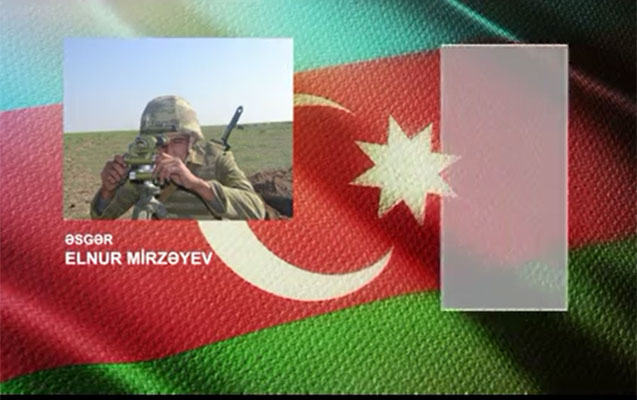 Soldier of the Azerbaijani Army Elnur Mirzayev, who is taking an active part in the ongoing battles for the liberation of the Motherland, destroyed a large number of firing points, troops and strongholds of the Armenian armed forces by giving artillery units precise targets.