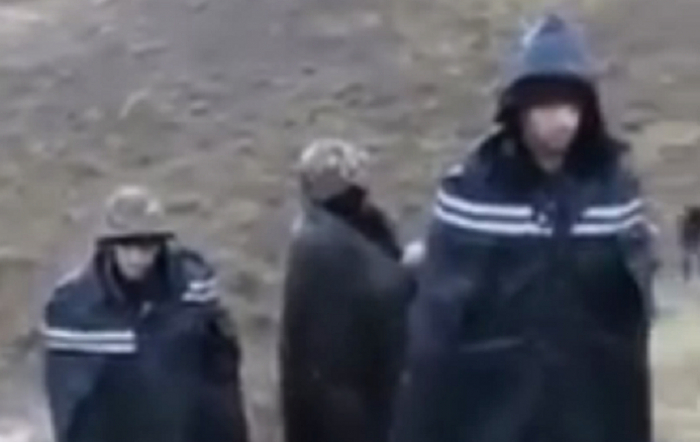 Armenian military servicemen, who suffered from heavy losses in the battles against Azerbaijan, are currently in a shameful situation, AzVision.az reports.

The servicemen are facing hunger and chaos in the army.

The videos posted on social media show that a group of Armenian servicemen have been hungry and thirsty for three days and no one took care of them.

"Look, people, it's the second day. People from Armavir province, others from other provinces. They have been hungry for 3 days in the rain, there is no food, no people, no soldiers. They brought them here and left. Nobody cares. This is what we have been doing for three days. Let's take the weapons and go down to the military unit," the soldier said, complaining about the situation in the Armenian army.

Today, Armenian Prime Minister Nikol Pashinyan admitted in his address to the nation that Armenian soldiers and officers fled the battles against Azerbaijan in Karabakh.