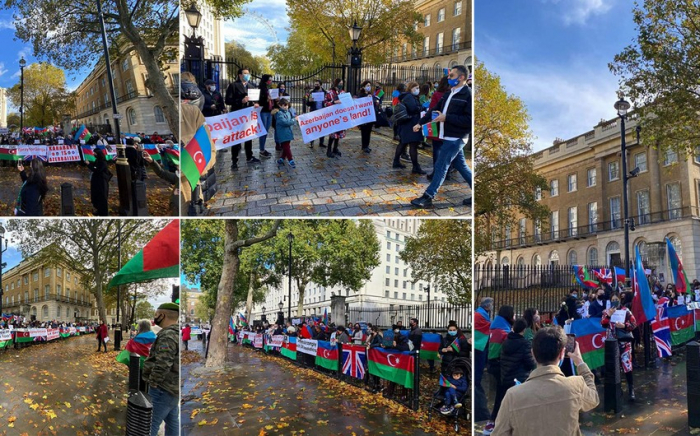 The rally participants strongly condemned Armenia’s recent terrorist act against Azerbaijan’s Ganja city, which resulted in deaths of civilians, including children and women, the State Committee of Azerbaijan for Diaspora Affairs told AzVision.az.

The rally organized by the Azerbaijani community in London was also joined by representatives of the Turkish community and city residents.

The demonstrators, holding posters reflecting the names of the Ganja terror victims, observes a minute of silence to honor those killed.

They chanted various slogans such as “Karabakh is Azerbaijan!”, “Stop Armenian Aggression!”, calling of PM Boris Johnson and the British people not to remain indifferent to the killing of civilians, particularly children.

Despite the Armenians’ provocative actions, the rally ended without incident.