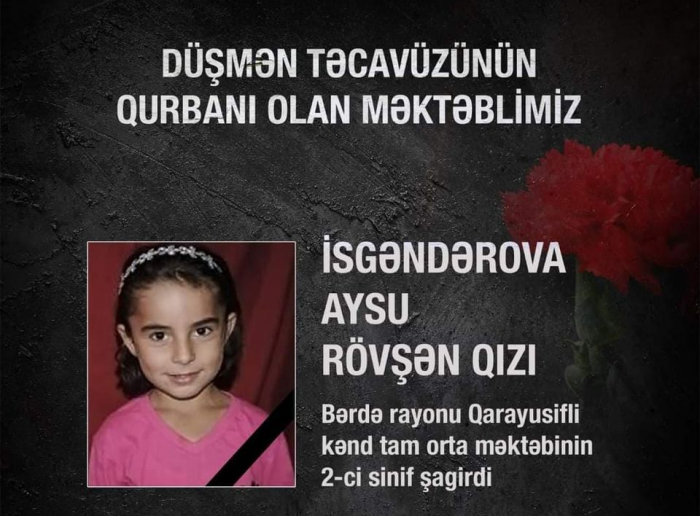 “Unfortunately, another schoolchild became a victim of Armenia’s aggression today. The victim Aysu Isgandarova was a 2nd grader of a secondary school in Garayusifli village, Barda district. May Almighty Allah have mercy upon her. I offer my deepest condolences to the victim’s relatives,” the minister wrote.

Four civilians were killed and fourteen others injured as Azerbaijan’s Barda district was subjected to missile and heavy artillery fire by the Armenian armed forces on Tuesday.