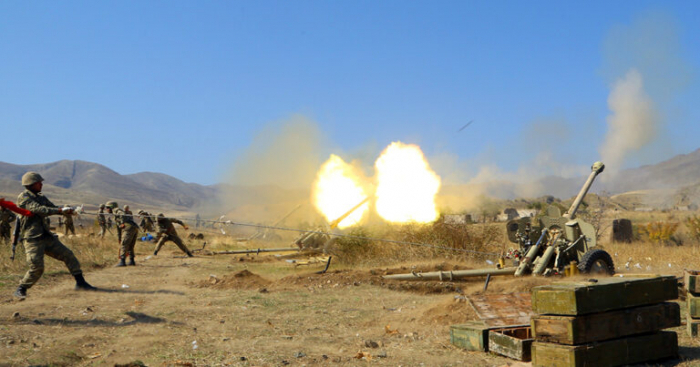 During the day on October 27 and night on October 28, units of the Armenian armed forces, which did not comply with the humanitarian ceasefire regime, fired at the positions of the Azerbaijan Army units in various directions of the front and human settlements near the frontline using various types of weapons.

The combat operations continued mainly in the Aghdere, Khojavend, Fizuli, Zangilan, and Gubadli direction of the front. Armenia’s attempts to attack were resolutely thwarted, and they retreated suffering losses, the Azerbaijani Defense Ministry told AzVision.az.

As a result of the retaliatory measures taken against the Armenian armed forces, there are killed and wounded among the enemy personnel in various directions of the front. Several of their combat vehicles were destroyed. As a result of fire damage to Armenia’s artillery units, howitzers along with ammunition in the firing position were destroyed.

It turned out that the significant reduction in the number of enemy vehicles created problems for the supply of food, weapons, and ammunition to the units in the forward line.

The process of sending reservists gathered from Armenia to the occupied territories of Azerbaijan continues. Despite the order to gather a staff of 2,000 people to be involved in the fighting, it was possible to assemble only 300 people. Even many military contractors and police officers refuse to go to the front.