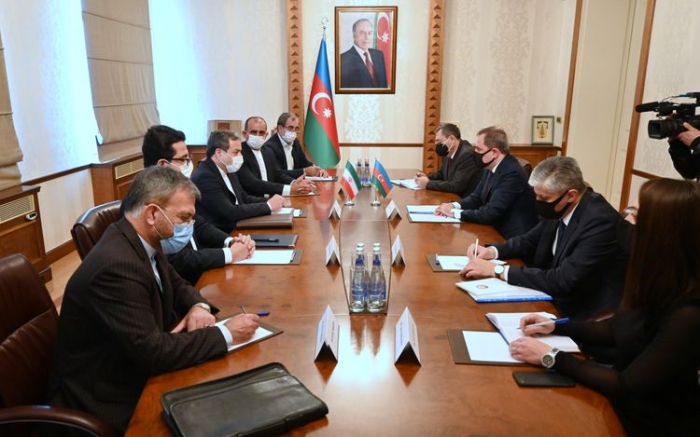 The sides emphasized the existing high-level cooperation between Azerbaijan and Iran and expressed confidence in the further development of these relations in the future, the Foreign Ministry told AzVision.az.

The Armenia-Azerbaijan Nagorno-Karabakh conflict, its consequences and recent escalation in the region was thoroughly discussed by the sides at the meeting.

Minister Bayramov informed Aragchi on the latest escalation in the region, military provocations by the leadership of Armenia, irresponsible statements and actions by the Armenian Prime Minister aimed at increasing tensions in the region and undermining the negotiated settlement of the conflict. The minister stressed that the Armed Forces of Azerbaijan launched counter-offensive measures within its right of self-defense and to protect civilian population of Azerbaijan.

Bayramov especially highlighted the gross violation of international humanitarian law by Armenia and deliberate targeting of peaceful Azerbaijani population. He noted that innocent civilians, including children and women of the cities situated far away from the conflict zone like Ganja, Mingachevir, Barda and etc. have been treacherously attacked by the armed forces of Armenia.