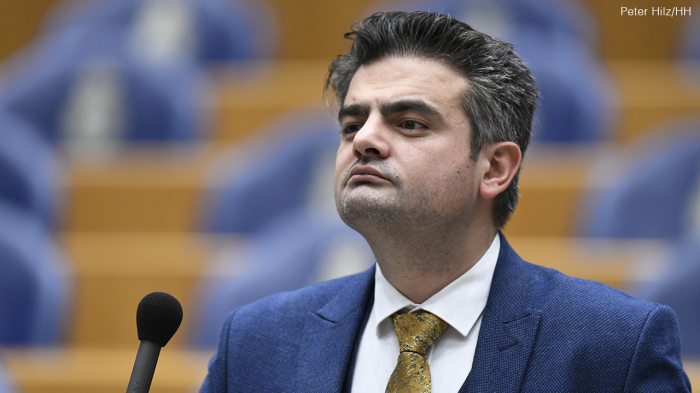 "Hey males with Armenian flags on your profile and toy guns in your hand! You can't get me small with these kind of threats! I will keep telling the truth!," Tunahan Kuzu, a member of the Dutch Parliament wrote on his Facebook page.

"The Armenian terrorist group ASALA, active between 1975 and 1986, committed a series of attacks on Turkish diplomats and airlines. In one of those attacks the target was the son of Turkish ambassador in The Hague: Özdemir Benler. 27-year-old Ahmet Benler was shot dead in his car on his way to Delft Technical University on October 12, 1979, where he was working on his post-doctoral. The attack was claimed by the cowardly Armenian terrorist organization ASALA. We will never forget Ahmet Benler. May his soul rest in peace. May his soul rest in peace!," Tunahan Kuzu noted.

Note, counter-offensive operations of the Azerbaijan Army in response to Armenian provocations and restoration of its territorial integrity are supported in most countries.
Along with foreign journalists and public figures, politicians and MPs have already stated unequivocally that Nagorno-Karabakh belongs to Azerbaijan. One of them is Tunahan Kuzu, a member of the Dutch Parliament.

Armenians began to insult and threaten the Dutch MP for supporting Azerbaijan's just position. Armenians are campaigning in the Dutch parliament against MP Tunahan Kuzu, who voiced such statements as "Karabakh belongs to Azerbaijan" and "the Armenian army must leave the occupied territories of Azerbaijan."