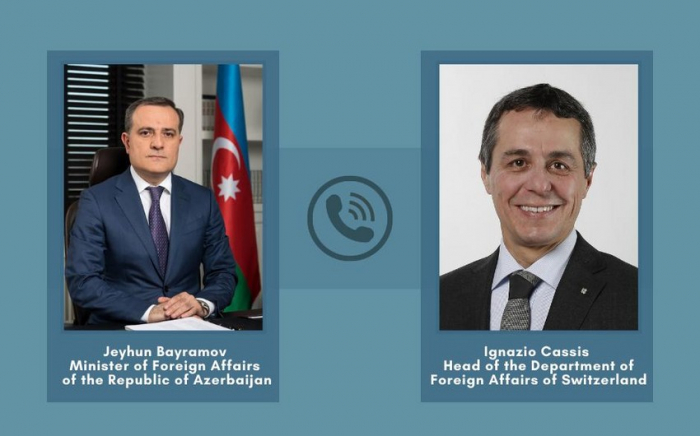 Azerbaijani Foreign Minister Jeyhun Bayramov on Wednesday had a telephone conversation with Head of the Department of Foreign Affairs of Switzerland Ignazio Cassis.

During the telephone conversation, Minister Bayramov informed his counterpart about the aggression policy of Armenia, recent escalations in the region, Armenia’s shelling the densely populated residential areas, including the city of Barda, which is far from the conflict zone with no signs of a military target, the Foreign Ministry told AzVision.az.

He noted that the shooting of innocent civilians constitutes an act of war crime. The Azerbaijani minister also informed his counterpart about the casualties among the civilians as a result of treacherous rocket attacks by Armenia.

Ignazio Cassis in his turn expressed his concern on the attacks targeting civilians. He reiterated the position of Switzerland on supporting the territorial integrity of Azerbaijan.

Cassis also noted the readiness of his country in case if there is a role to play in the peaceful settlement of the conflict.