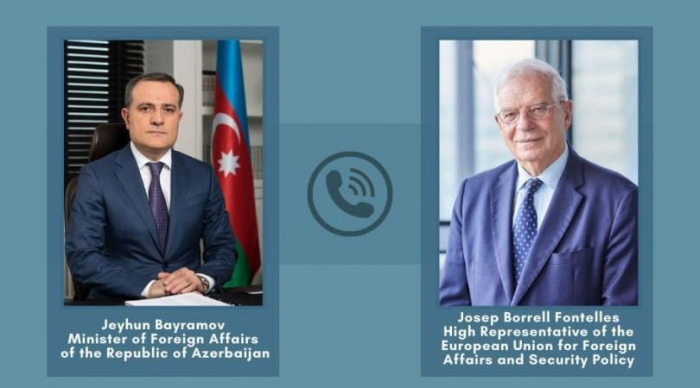 The minister spoke about the deliberate killing of civilians in Barda city by missile attacks on 27 and 28 October by Armenia’s forces. He stressed that these are yet another war crimes by Armenia and underlined that Armenian leadership bears full responsibility for these heinous crimes.

High Representative Borrell expressed his regret on the shelling the civilians and emphasized that targeting of civilians is inadmissible. At the same time, he noted the necessity of restoring dialogue between the sides for ensuring the peaceful settlement to the conflict.