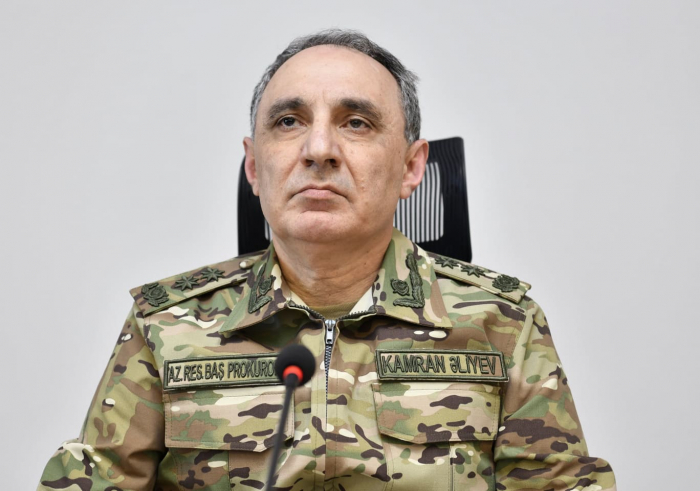 Azerbaijan’s Prosecutor General Kamran Aliyev will today hold a briefing on the results of the preliminary investigation into the crimes committed by the Armenian armed forces against the civilian population of Azerbaijan, as well as on other important issues, the Prosecutor General’s Office told AzVision.az.

The briefing will be held at administrative building of the Anti-Corruption General Directorate with the Prosecutor General in Baku. All local and foreign media representatives are invited.