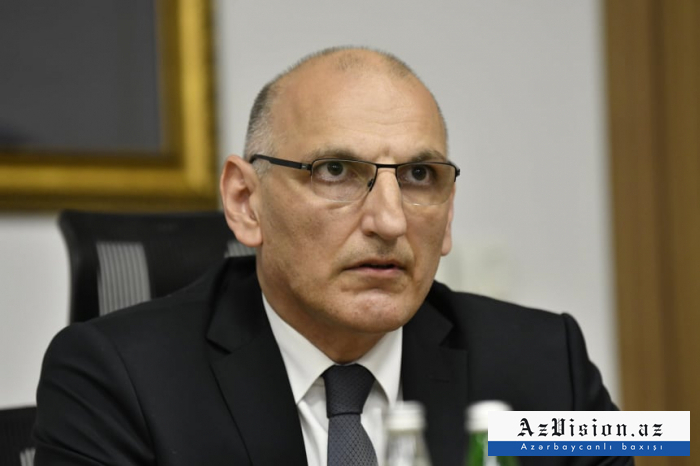 Amirbeyov made the statement during a briefing held in Tartar city of Azerbaijan within the framework of the visit of the diplomatic corps to the city.

“The idea behind this trip was for you to see the Armenian atrocities against the civilian population of Barda and Tartar. My message for you will be to transmit the appeal of the Azerbaijani government to your country and the international community for this crime against humanity and act of terror of Armenia,” he said.

The official emphasized that despite this attack currently the people of Barda are mobilized around their president and army.

“The fact that there are foreign media representatives which will deliver this message back to the countries they represent is especially important because we are facing not only military attacks but also disinformation war launched by Armenia in order to tarnish Azerbaijan and put the blame on us,” the official added.

Amirbeyov also noted that the ammunition which was used to attack Barda is prohibited.

“The cluster ammunition is prohibited by international conventions. Armenia is using it to bring more damage and to increase the number of casualties. Azerbaijan will continue its counteroffensive operation to de-occupy its territories because Armenia continues to violate the third in a row ceasefire agreement. This shows that they are not interested in peace. This is their choice and all responsibility for the current situation lies with the leadership of Armenia. Azerbaijan will continue to use its right to restore occupied territories,” he added.