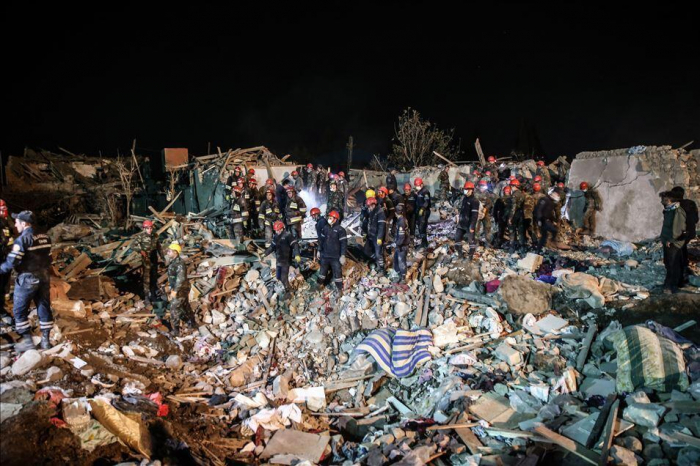 With the organization of Azerbaijani House in Salzburg, Austria a meeting was held with a number of Turkish communities and organizations in connection with the terrorist acts committed by the occupying Armenian army in the Azerbaijani cities Barda and Ganja, as well as in other settlements.

The event focused on the genocide policy pursued by Armenians against Azerbaijan over the past 100 years, the terrorist attacks in Ganja and Barda against civilians, and presented materials and facts about the Armenian terror to the guests.

During the event, the territory of the Azerbaijan Democratic Republic, the first democratic republic established in the east, in 1918-1920 was discussed, and maps and the Declaration of Independence of that period were demonstrated as evidence.

Participants of the event observed a minute of silence in memory of the innocent victims of the terrorist attacks to Ganja and Barda, laid flowers, toys, and lit candles in front of the photos.

They expressed confidence that the Azerbaijani army would soon liberate all the occupied territories and put an end to Armenia's aggressive and terrorist policy against our people.

At the end of the event, the guests were presented with books about the history of Azerbaijan and the terror of the Armenians.