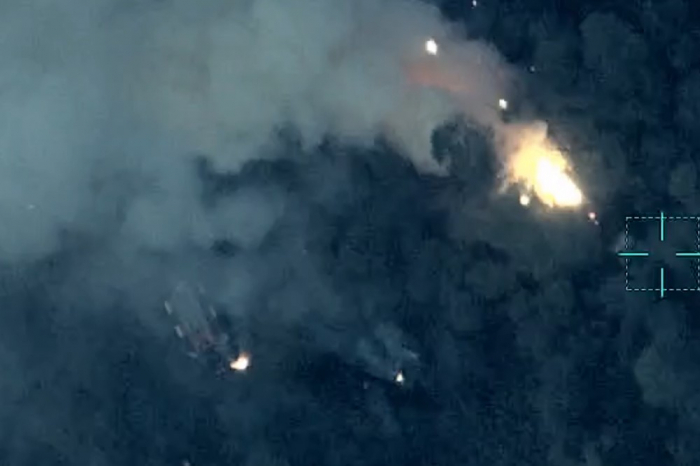 The positions of two more Smerch MLRS belonging to the Armenian armed forces, which fired at peaceful population and civilian infrastructure in the cities of Barda and Tartar, were determined by Azerbaijani Army units, the Defense Ministry told AzVision.az.

On October 30, at about 12.55 and 14:18, the two Smerch MLRS were destroyed by accurate fire of the Azerbaijani Army units.

Azerbaijan’s Defense Ministry presents a video footage of the destruction of those systems.