Azerbaijan to put an end to Armenia’s illegal occupation of its lands, official says 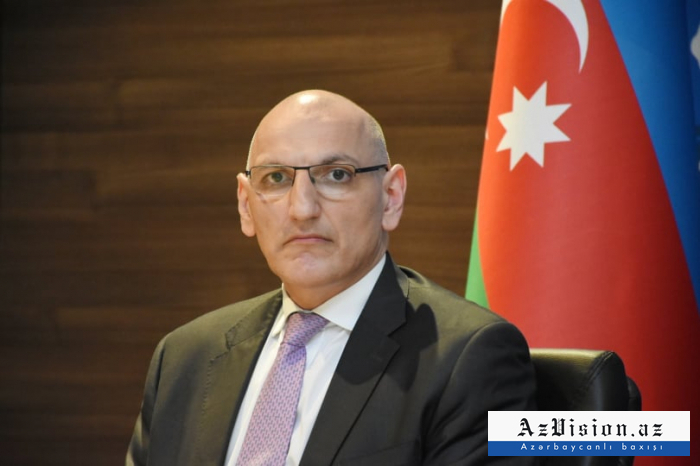 In two interviews with Indian TV9 channel and the Navbharat Times news agency, Assistant to the Azerbaijani First Vice-President Elchin Amirbeyov informed the Indian public about the latest events regarding the Armenia-Azerbaijan Nagorno-Karabakh conflict.

Amirbeyov stressed that the Armenian leadership, which unleashed another military aggression against Azerbaijan on September 27 and suffering a humiliating defeat on the battlefield, is not at all interested in the ceasefire and the search for the peaceful settlement of the conflict.

He thoroughly informed about the inhuman behavior of Armenia, which continues the criminal practice of missile and artillery shelling of the Azerbaijani civilians living in cities and villages far from the combat zone.

Abusing impunity of the silent international community, the Armenian leadership and the criminal puppet regime which it created in the occupied Azerbaijani lands continue to commit war crimes, terrorist acts and crimes against humanity, which have resulted in 91 deaths and various injuries of more than 400 Azerbaijani civilians since the resumption of hostilities.

While carrying out missile strikes on the civilians of Barda and Tartar by using 'Smerch' missiles, Amirbeyov stressed that the Armenian side used cluster bombs prohibited by international conventions, which was confirmed by "Amnesty International" and "Human Rights Watch" international non-governmental organizations invited by Azerbaijan to collect data.

The official also said that Armenia’s missile attacks on Barda, Tartar and Goranboy occurred on the eve of the meeting of the foreign ministers of the two countries in Geneva organized by the OSCE Minsk Group co-chairs.

“The irrational, unpredictable, and therefore dangerous behavior of Armenian Prime Minister Nikol Pashinyan leads every day to more and more casualties, including casualties among the civilians,” the official noted.

“In this regard, as the international community does not take any effective steps aimed at stopping Armenia's aggression against Azerbaijan, Baku has no other options but to complete what was launched on September 27 within the counter-offensive operation as soon as possible to force Armenia to peace and put an end to the illegal occupation of the ancestral Azerbaijani territories,” Amirbeyov added.