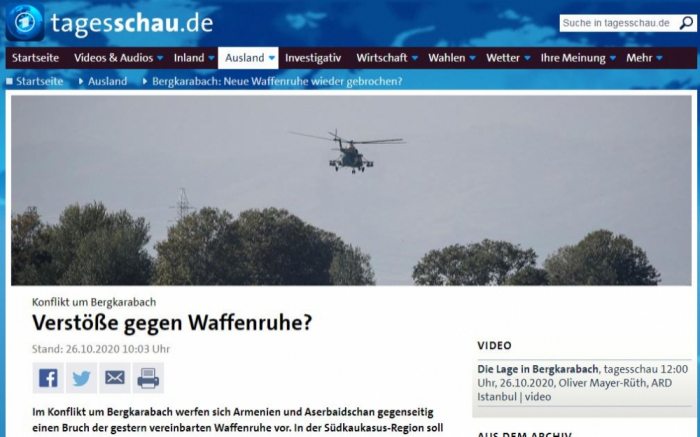 It was noted that the conflict escalated again on September 27. Armenian armed forces bombed Tartar region and surrounding villages, as well as a number of other settlements. Hundreds of civilians have been killed so far.

The report also featured an interview with Tofig Abbasov, the grandfather of 16-year-old Orkhan Ismayilzade, who was killed as a result of Armenia's rocket attack on Tartar.