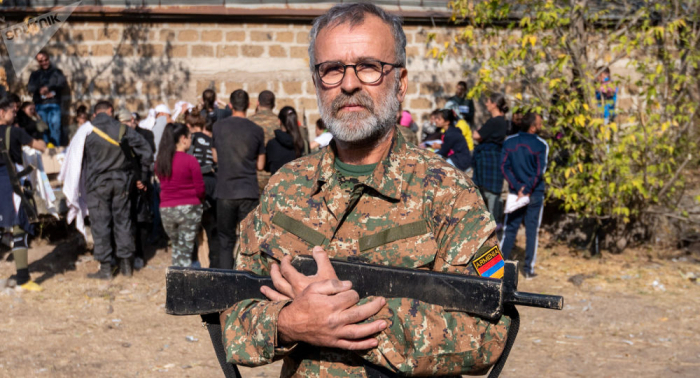 The Western media highlights the facts which prove the involvement of mercenaries and terrorists by the Armenian side in the military operations in the Nagorno-Karabakh, AzVision.az reports.

Also, foreign citizens of Armenian origin illegally traveled to Nagorno-Karabakh to participate in the operations.

Hrayr Keroglyan, a 45-year-old French citizen, who was born in Aleppo, Syria to an Armenian family, returned to Nagorno- Karabakh with his eldest son to participate in the operations immediately after the start of hostilities on September 27.

Keroglyan called the Armenians living around the world to fight in Karabakh.

Earlier, a group of Armenians with French citizenship, came to Karabakh to fight against Azerbaijan.