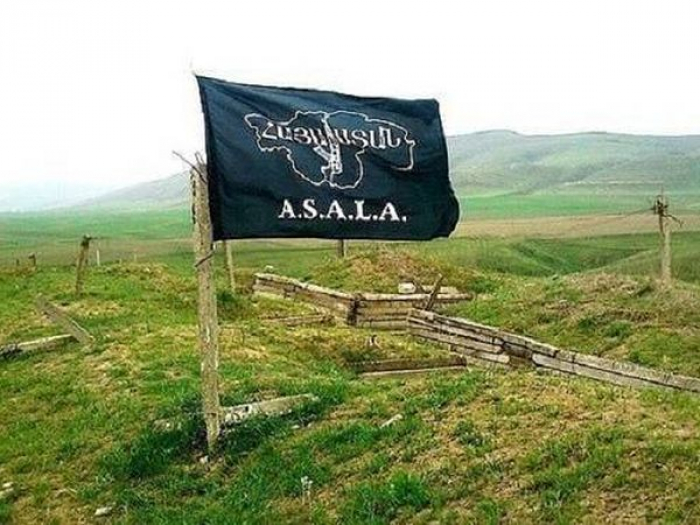 'The Republic Underground' has published an article on the participation of the ASALA terrorist group in the Nagorno-Karabakh war.

"Armenian Secret Army for the Liberation of Armenia activity (ASALA), in the form of a rebrand from the old agency, has been traced in the Nagorno-Karabakh conflict theater," the article reads.

The reports of a potential rebranding of the ASALA comes after weeks of photographic evidence highlighting the presence of Syrian insurgents fighting alongside Armenian forces in the Nagorno-Karabakh. Some photos included evidence of insurgents from Libya. This was inferred by the fatigues uniforms the insurgents were photographed wearing.

Besides, the article emphasized reports of a renewed ASALA presence in Nagorno-Karabakh. It was noted that recently a soldier captured from the conflict theater cites affiliation with the Kurdish PKK organization. Reports confirm the correspondence between the PKK/YPG organizations of Iraq, as well as insurgent movements of Iranian groups.

The Jewish Press published an article that read “Has Armenia resurrected a terrorist group? Jewish Press cited a report from the Azerbaijani media that a former ASALA head Giber Minasyan had joined the fighting between Armenia and Azerbaijan. Likewise, the Azerbaijani envoy to Turkey, Ambassador Khazar Ibrahim, has confirmed a renewed presence of ASALA in the conflict theater.

"As of July 2020, an expected resurgence of ASALA sentiment has appeared on the Armenian front, with supporters wearing pro-ASALA T-shirts in anticipation of the army’s resurrection. The Jewish Press also cited the rhetoric of rage against the French TFI journalist as proof of the legacy of ASALA still continuing in Europe. France came under the direct threat of the ASALA in the mid-1980s," the article says.

The Armenian Secret Army for the Liberation of Armenia, abbreviated ASALA, began operations in 1975. It was founded by Hagopian, a Syrian-Armenian with “Marxist inclinations” as he was described by the Washington Post in 1986, see below sections. It was confirmed as a terrorist organization for frequent attacks on Turkish diplomats and for its co-conspiracy with the Palestine Liberation Organization. When Israel invaded Beirut, the earlier base of ASALA, in 1982, Hagopian transferred his organization bases to Damascus and Athens.

In 1981, ASALA committed 15 bombings in Paris in demand of the release of terrorist Monte Melkonian. France released Melkonian to prevent future bombings. Melkonyan later committed numerous crimes against Azerbaijanis during the 1988-1993 Nagorno-Karabakh conflict. Melkonyan, who became a "national hero", was killed in the battle of Aghdam in 1993.

The potential for a resurgence of ASALA copycat activity, or the rebranding of ASALA under former surviving leaders of the organization, bodes badly for a France already undergoing an extremism crisis.