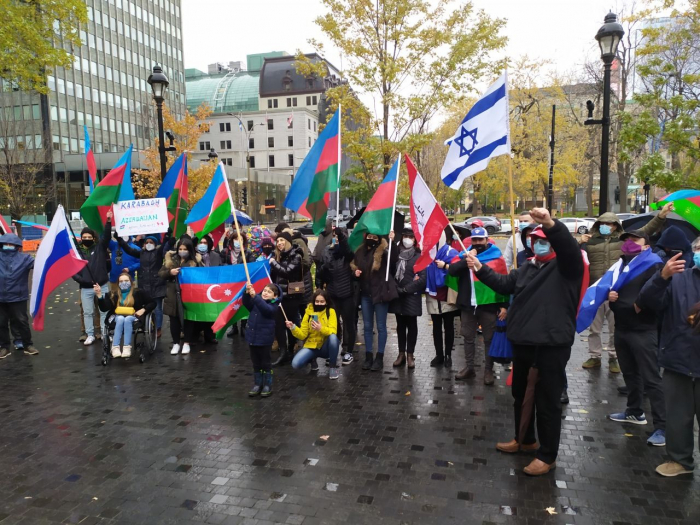 The Association of Quebec Azerbaijanis organized a rally in Montreal, Quebec, Canada, to protest against the attack of the Armenian troops on Azerbaijani cities of Ganja, Barda.

Along with the Azerbaijani community, representatives of the Russian and Jewish communities living in this country also participated in the action.

The state flags of Azerbaijan, Turkey, Israel and Russia were waved and slogans such as "Karabakh is Azerbaijan!", "Pray for Ganja!", "Stop Armenian aggression!", "Pray for Barda!" were chanted at the rally held in Dorchester Square.

The protesters said that as a result of the occupation and aggression policy of the Armenian state, Azerbaijan's territorial integrity has been violated for almost 30 years. More than one million Azerbaijanis have become refugees and internally displaced persons.

Expressing their support for the just struggle of Azerbaijan, the protesters strongly condemned the attacks of the Armenian army on cities far from the battle zone and civilians with the use of banned weapons. 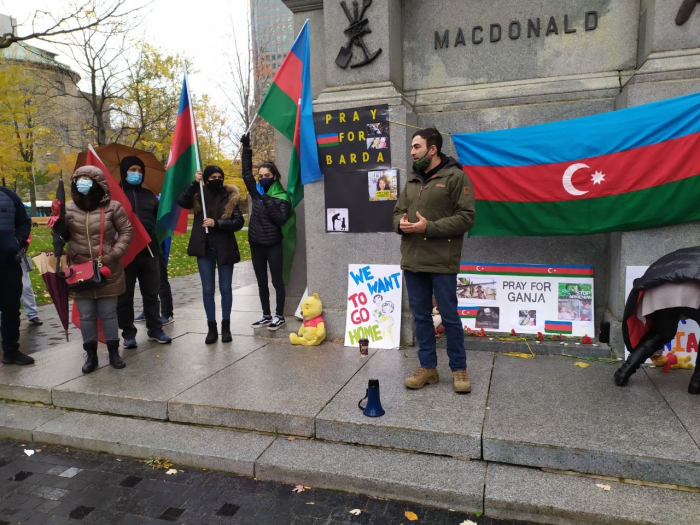