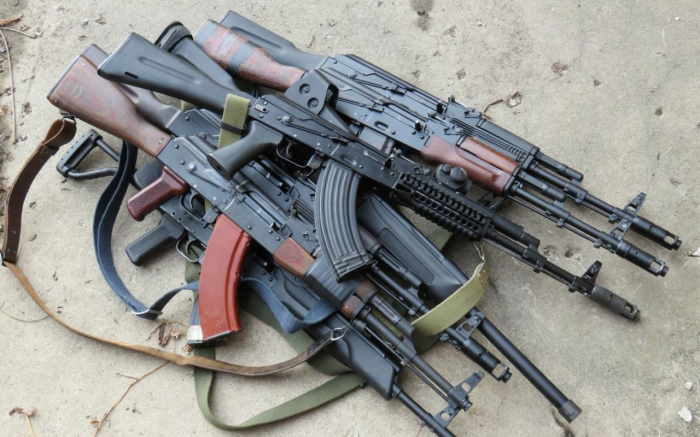 The deepening military crisis led to the transportation of a large number of firearms from the Nagorno-Karabakh to Armenia instead of the conflict zone, AzVision.az reports citing the Armenian media.

Currently, military servicemen fleeing from the occupied territories of Azerbaijan are not only accused for desertion but also for preparation of an armed uprising in Armenia.

On November 4, a large amount of ammunition brought from Nagorno-Karabakh was found in the city of Vayk, Armenia. According to the Armenian media, weapons, helmets, bulletproof vests, military knives, numerous bullets and other military equipment were seized during the inspection of vehicles coming from Karabakh.

"In these tough days, we need more weapons and ammunition on the battlefield. During the day and night, the officers of the police departments in some regions continue to hold monitoring  to detect cases of illegal transportation of weapons and ammunition from Artsakh (Nagorno-Karabakh) to Armenia. Some awareness-raising work is being carried out among the population, warnings are being issued," Armenian media reported.

Several other facts of arms shipments from Karabakh to Yerevan were revealed by the Sunik and Sisian police departments Armenia. According to reports, while raiding a UAZ car returning from Karabakh, police officers found Kalashnikov assault rifles and a large number of bullets hidden inside the car.

The recent disclosure of the weapons and ammunition seized from Armenians returning from the zone of hostilities has alarmed the local media. Of course, all this hints at a possible armed uprising in Armenia soon.