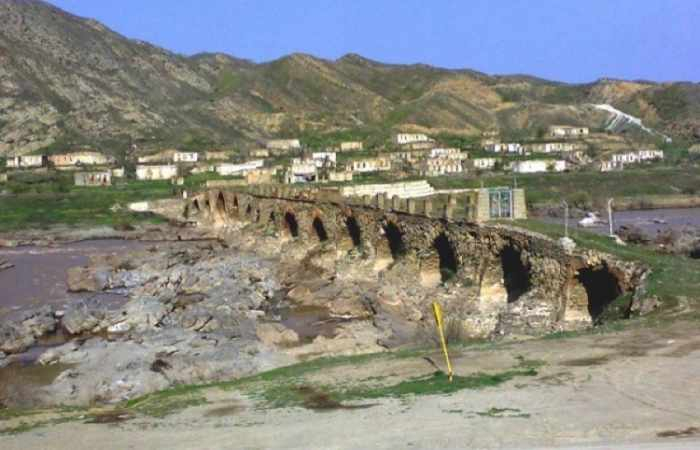 The region of Jabrayil is the administrative region of the Republic of Azerbaijan. Its area is 1050 km2; the population is 72,700 (01.01.2011). The central town is the city of Jabrayil. The region's territory has been under the Armenian occupation since August 23, 1993.

The region's landscape is mainly plain with slopes (Injachol; Gayan cholu). It is low mountainous in the north (such as the south-eastern lowlands of the Karabakh Chain).

Before the occupation, viticulture, livestock sector and cereal cultivation played the main role in the economy of the region. The following educational and social institutions were active before the invasion: 72 secondary schools; 40 clubs; 78 libraries; 8 hospitals; 11 medical treatment and 52 maternity institutions.

Prior to the occupation, many historical and archaeological monuments, as well as masterpieces of architecture (such as ancient living mansions; burial mounds; mosques; hammams; round and octahedral turbehs, the Khudaferin bridge, etc), existed in the territory of the region.

The dome built in the 13th-14th centuries located in Daghtumas village of Jabrayil region was named “Bashikesik dome” (Headless dome) due to its open ceiling. The monument is 12 meters in height and 5 meters in diameter. The dome was reconstructed before the invasion. Some parts of the dome walls were destroyed by the Armenian Armed Forces. 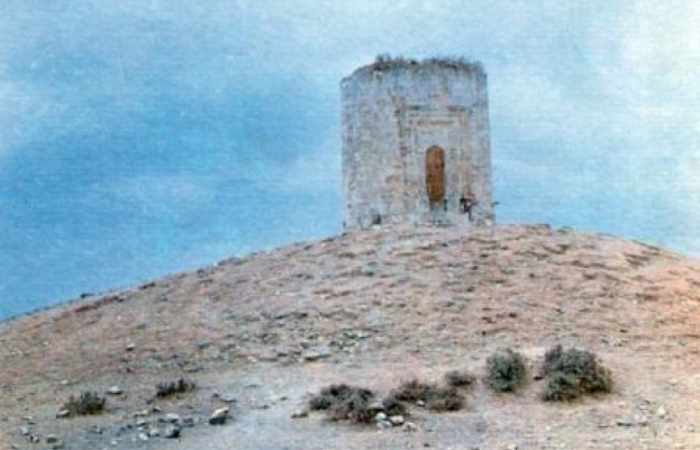 History and Ethnography Museum of Jabrayil region was established on December 8, 1980. Nearly 19 thousand exhibits related to Jabrayil Region were collected in the museum.

During the attacks of the Armenian Armed Forces to Jabrayil Region in 1993, nearly 16 thousand museum pieces were salvaged. A number of immovable museum pieces, in total, over 2 thousand exhibits were destroyed by the Armenian invaders.

The memorial museum of the Hero of the Soviet Union Jamil Ahmedov born in Jabrayilvillage of the Jabrayil region was established in 1985, as a branch of the History and Ethnography Museum of Jabrayil region.

The memorial museum was constructed in the courtyard of the secondary school named after Jamil Ahmedov by the resolution of the USSR Council of Ministers. The museum covering a total area of 100 square meters consisted of three rooms. Jamil Ahmedov’s bust was put up by the well-known sculptor Omar Eldarov. 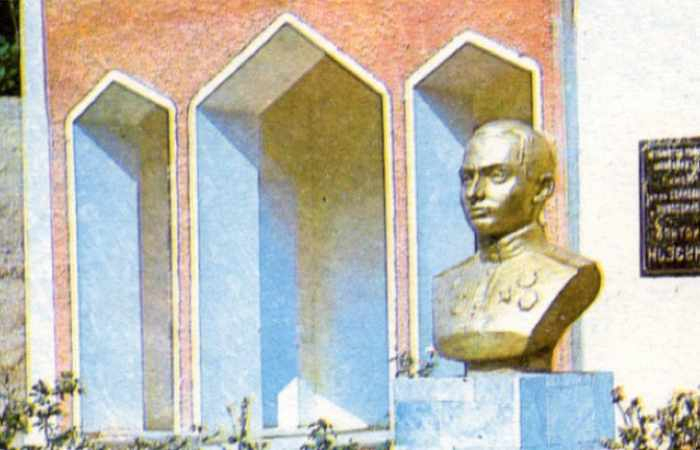 In the beginning, the museum contained about 500 exhibits, and then the number of exhibits increased to 800.
A very small number of museum pieces were handed over to the museum center in Baku a while before the occupation of the Jabrayil region by the Armed Forces of Armenia in 1993. At the present time, those exhibits are kept in the Independence Museum of Azerbaijan. 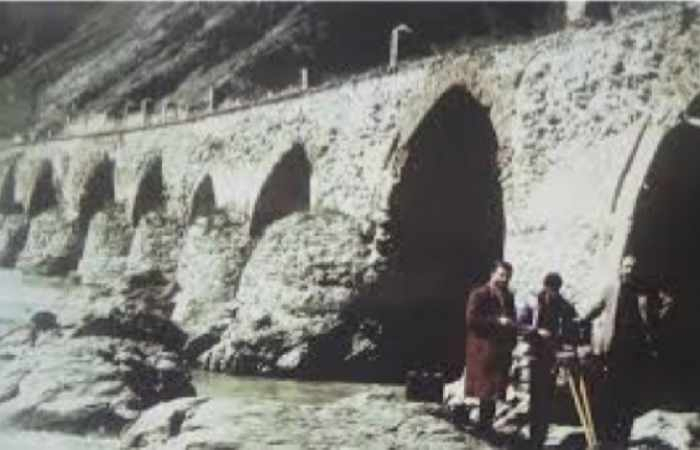 Though many bridges were built across the Araz river for centuries, only two of them in the Jabrayil region have survived. 750 meters away from each other, they are located in one of the Araz’s best fords, the Khudafarin Gorge. In fact, there are large rocky massifs in the expanding bed. Those rocks made a reliable fundament for the bridge beams. 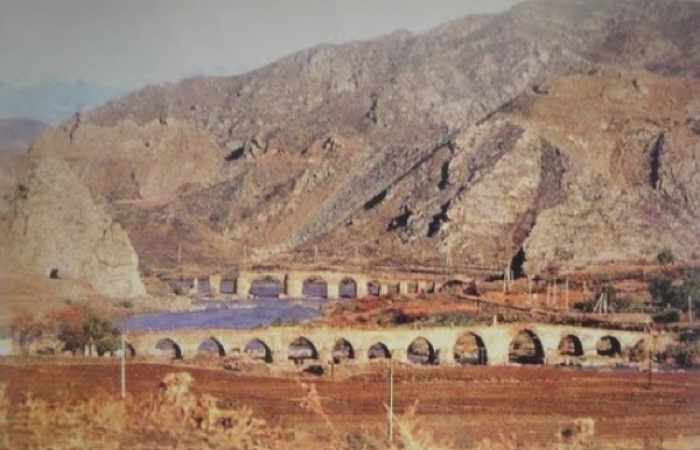 All the beams are of bricks, while the main part of the bridge was constructed from river stones. The other, 11-arched Khudafarin Bridge, located upriver, was entirely stone-built and covered with good-hewn stone plates.

Researchers suppose it was rebuilt in the 13th century on ruins of an antique one. The total length is 130 meters, the width is 6 meters, and the maximum height over the river surface is 12 meters. As only three, middle spans of the bridge have survived, it is popularly called “Sinig Korpu” (Broken Bridge). 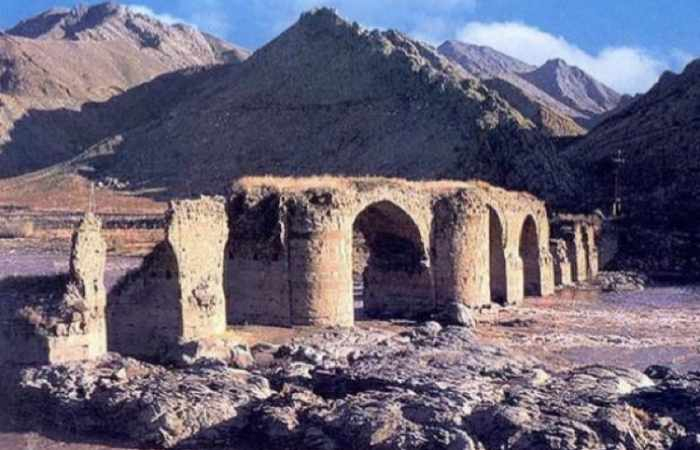 Parts of transcontinental roads including the Great Silk Road, the bridges were useful not only for domestic and international relations but also for those between continents. 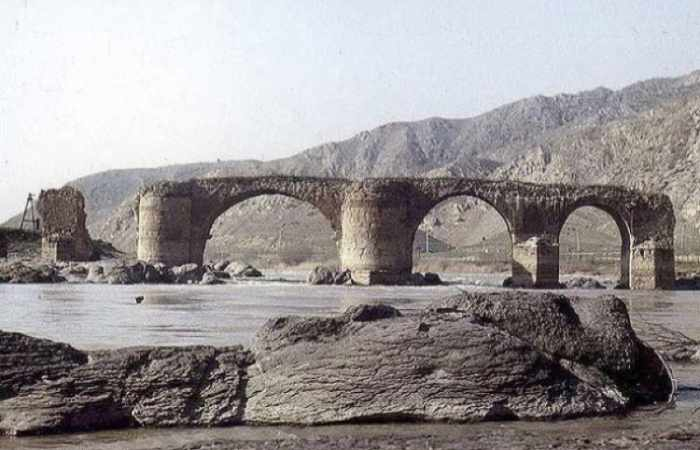 After the occupation of Jabrayil region by the Armenian Armed Forces in 1993, the Khudafarin Bridges remained in captivity as well.

The mosque-madrasa attributed to the 16th century and located in Chelebiler village of Jabrayil region was built by Mahammad Ibn Haji Garaman in Hegira 1088, AD 1678. Religious and secular sciences were taught at the madrasa by scientists and scholars.

Famous Azerbaijani poet of the 18th century Molla Veli Vidadi also taught there. The pupils had their classes in special rooms – cells in the mosque. The mosque - madrasa complex had been fully restored before the occupation of the Jabrayil region by the Armenian Armed Forces in 1993.

At the present time, the mosque-madrasa is completely destroyed. 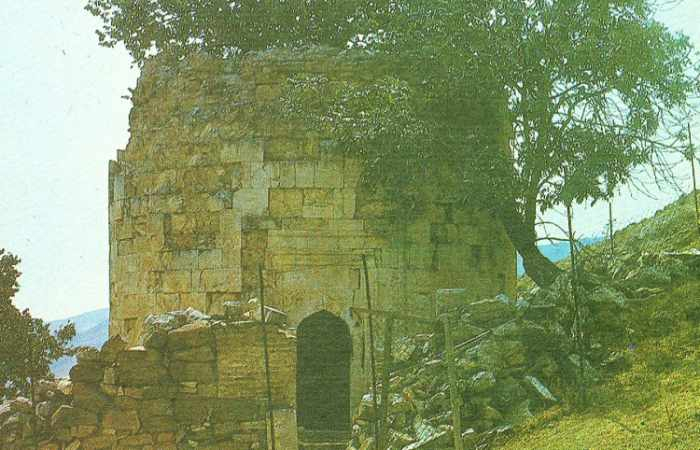 Shikhlar tomb built in the 14th century in the vicinity of Shikhlar village of Jabrayil region is 8 meters high, 6 meters in diameter. The upper part of the dome of Shikhlar tomb was destroyed during the invasion carried out by the Armenian Armed Forces. 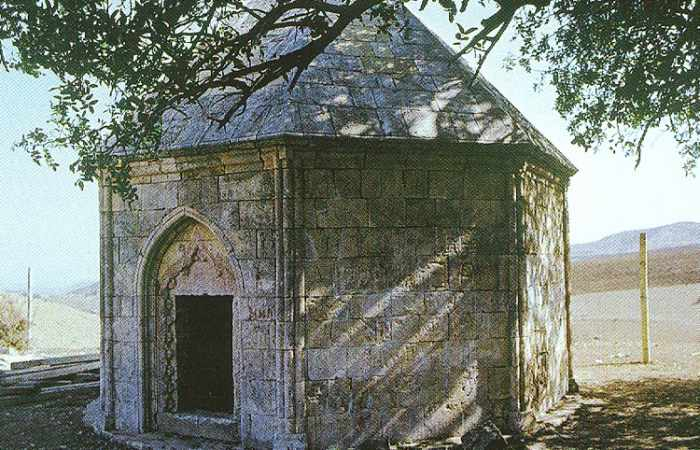 A remarkable piece of the medieval architecture - “Dairevi” (Round ) tomb built in the 15th century, located in Khubyarly village in the north of Jabrayil city and an octagonal tomb built in the 16th century were fully restored by the special maintenance crew before the occupation of the Jabrayil region. According to the information received those monuments were also razed to the ground by the Armenian invaders. 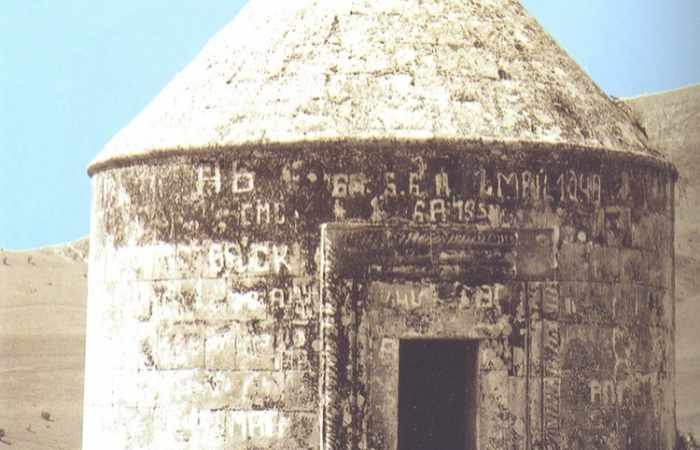