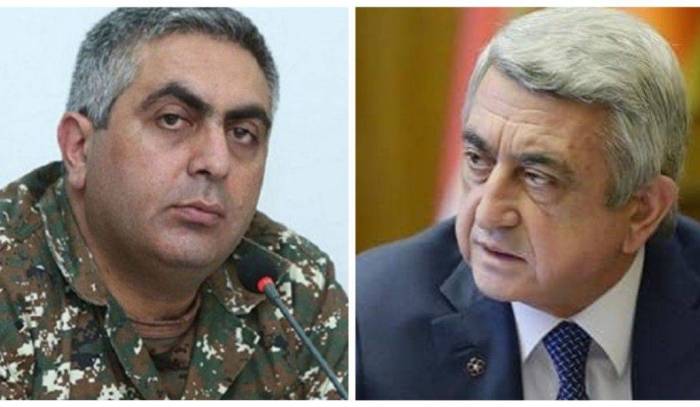 Artsrun Hovhannisyan, a representative of Armenia’s Defense Ministry, has turned into a punching bag, on which not only the Azerbaijani media, but also the Armenian themselves inflict their punches. So the office of Armenia’s third president Serzh Sargsyan got involved in training on this punching bag, that is, Hovhannisyan is receiving a number of direct and side blows.

Thus, a dispute erupted between the representative of Armenia’s Defense Ministry and Sargsyan’s office over the weapons supplies to Armenia before and after the velvet revolution.

The dispute erupted after the speech by Hovhannisyan on the air of Public Television, during which he said that in the past two years the Armenian army received more innovative technological weapons than 10 years before.

The office of Armenia’s third president Sargsyan responded to the speech, stating that “either Hovhannisyan is not familiar with the numbers, or deliberately distorts reality,” that is, a shameless liar.

In response, Hovhannisyan called on Sargsyan's office to "restrain itself."

Hovhannisyan was appointed press secretary of the Armenian Defense Ministry under Serzh Sargsyan - in 2012, when Seyran Ohanyan was minister. In 2010-2012, he worked as a military expert at the Public Relations Center and the Institute for Political Research under the President of Armenia