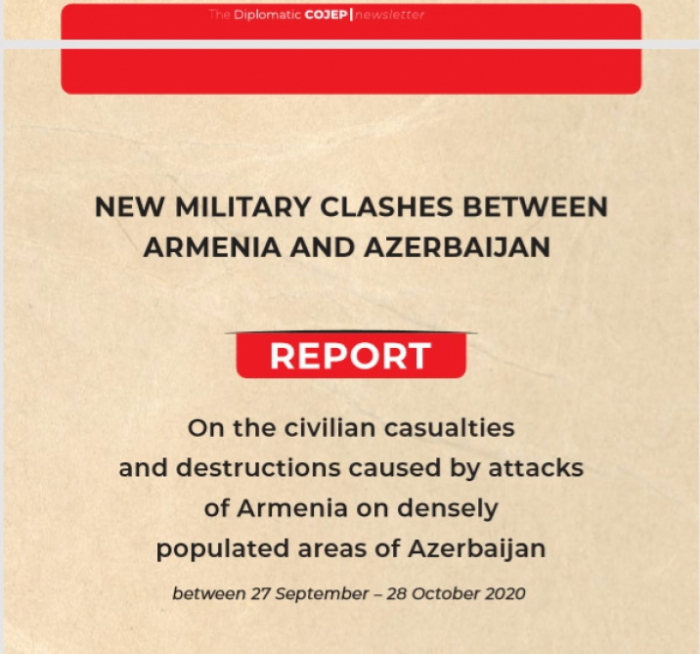 “The UN Security Council Resolutions 822, 853, 874 and 884 of 1993 define the frameworks of the settlement of the Armenia-Azerbaijan conflict on the basis of norms and principles of international law,” it mentions.

“On September 27, the armed forces of Armenia launched a largescale provocation along the entire frontline. The armed forces of Armenia are intensively firing on the settlements, historical and cultural buildings, as well as the objects of strategic importance in the frontline an the densely populated areas situated far from the conflict zone using heavy artillery, aircraft, special missile systems and prohibited weapons.

The Declaration on the Protection of Women and Children in Emergency and Armed Conflict adopted by the UN General Assembly on 14 December 1974, stresses that attacks and bombings on the civilian population, inflicting incalculable suffering, especially on women and children, who are the most vulnerable members of the population, shall be prohibited, and such acts shall be condemned. All States shall abide fully by their obligations under the Geneva Protocol of 1925 and the Geneva Conventions of 1949, as well as other instruments of international law relative to respect for human rights in armed conflicts, which offer important guarantees for the protection of women and children,” the document says. 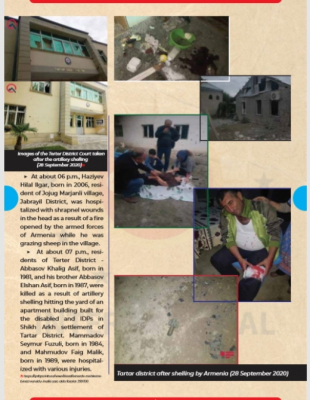 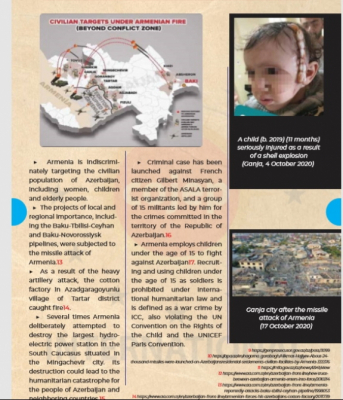 The full text of the report is available at the following link: