Pashinyan threatened Armenian activist who appealed to him 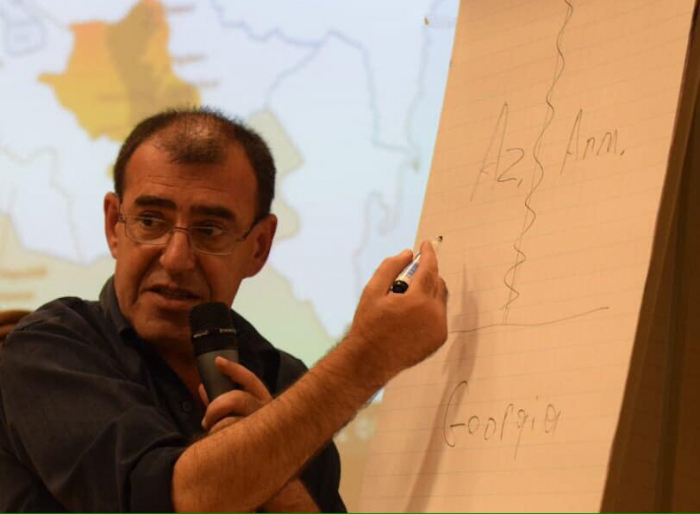 As reported earlier, director of Caucasus Center of Peacemaking Initiatives in the South Caucasus, Georgi Vanyan from the village of Nerkin Tsaghkevank in Tavush region appealed to Armenian Prime Minister Nikol Pashinyan. Vanyan, who called on Pashinyan to stop committing crimes and lies came under pressure, AzVision.az reports.

He shared the post about it on his Facebook page: "The police have just come to me and demanded me to remove the text of my open letter to the Prime Minister of Armenia regarding stopping the war and starting direct talks with the neighboring country. They said that if I don't remove the letter, the amount of the fine will be doubled. I refused to sign the act and demanded a written justification. I don't see any sign of violation of the legislation of the Republic of Armenia in my appeal.

For many years, the police and prosecuting authorities have not been taking any actions to suppress slander and threats against me, which were spread through state and private TV channels. They even failed to prevent websites and social network users from calling for the physical destruction of me, putting forward ultimatums and demanding to leave the country immediately. Moreover, the authorities were inactive and did not provide me with legal protection when hooligans broke into my house with the same demand. The criminals, who shot my dog dead, stillremain unpunished. While the Armenian government appeals to the international community with a request to stop the war and create the necessary conditions for the resumption of negotiations, in response to my letter, I lead the way and express my readiness to serve this goal… And the police respond promptly."