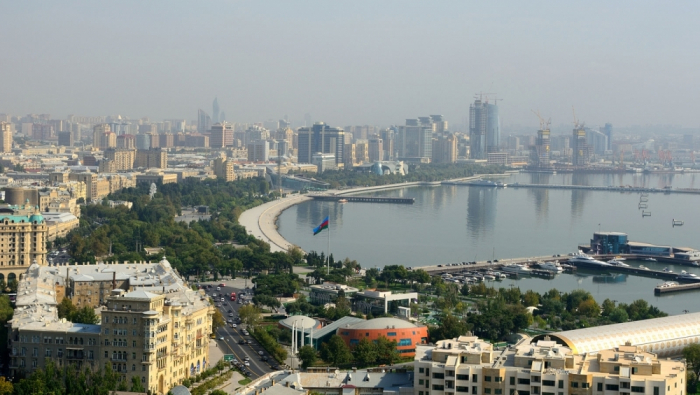 Fifty political parties operating in Azerbaijan have sent a letter of congratulation to the Commander-in-Chief, President Ilham Aliyev in connection with the liberation of Shusha from occupation.

As a result of the policy successfully pursued by Your Excellency during the years of your leadership, the modern history of Azerbaijan is being written in golden letters. Undoubtedly, this is the highest embodiment of your broad outlook, political foresight, diplomatic skill, military-strategic genius, economic reforms, high confidence of our people in you, mutual understanding and respect between the people, the state and civil society.

The tremendous work you are doing as the leader of the country not only in the economic, social and political spheres but also in the field of army building is beyond doubt. The work you have done to improve the logistics and combat capability of our army as Commander-in-Chief, as well as to increase the professionalism of our servicemen, is the key contributor to our victory today.

Immediately after Armenia violated the ceasefire on 27 September this year, the glorious Azerbaijani Army launched a counter-offensive on your order and liberated the cities of Fuzuli, Gubadli, Zangilan, Jabrayil and more than 200 villages that were under Armenian occupation for about 30 years. The military operations of the glorious Azerbaijan Army to liberate other districts and cities of the country are continuing successfully.

While Azerbaijan continues its successful military operation to liberate the occupied territories, the attempts of Armenia and its patrons to put pressure on our country quickly failed due to your diplomatic skill, correct assessment of international relations and logical arguments.

The liberation of our lands from enemy occupation certainly means the realization of the desires we and the Azerbaijani people have cherished for years.

From the day the counter-offensive operations began, the entire Azerbaijani people, including the political parties operating in the country, are rallied behind you into a single fist and unconditionally support you. Our people coveting victory are confidently marching along the path you have paved to the great Victory.

Every inch of our Motherland is sacred to us. Peace and tranquility will soon come to our liberated lands.

Your words that “Of course, our mission would be incomplete without Shusha” have already become a patriotic appeal. Shusha is the pearl of Azerbaijan, the cradle of culture and music. It is beyond doubt that Shusha should have been liberated from occupation. The victorious Azerbaijani Army under your command has coped with this great task. You have put an end to Shusha's longing for Azerbaijan and Azerbaijan’s 28-year longing for Shusha. The city of Shusha our people have dreamed about for almost 30 years has already been liberated from the enemy. The blood of the martyrs did not remain unavenged! The souls of our martyrs will be pleased!

Of course, hostilities are still ongoing. But the liberation of Shusha is the first herald of the Great Victory, and Azerbaijan will continue its victorious stride until all our lands occupied by Armenia are liberated.

In this struggle, as always, we, together with the Azerbaijani people, are next to you and obey your every order.

We sincerely congratulate you and the Azerbaijani people for your firmness, determination and patience in liberating every inch of our occupied native lands, in particular, Shusha, from the enemy.

We are looking forward to the good news about the Great Victory after the victory in Shusha!